The Rolling Bridge at Paddington Basin was designed by Thomas Heatherwick to provide a through route for workers and residents across an inlet of the Grand Union Canal while still allowing the passage of boats.

Resembling a fairly conventional steel and timber footbridge when extended, the Rolling Bridge ingeniously opens by using hydraulic cylinders concealed within the vertical posts of the parapets. These simultaneously lift each of its eight, hinged segments causing it to curl back into an octagonal sculpture which sits on the bank of the canal.

The whole 12 metre structure was built at Littlehampton Welding before being floated up the Grand Union Canal, lifted into position and attached to the hydraulic system.

The Rolling Bridge was completed in 2004 and has won a Structural Steel Award among others. 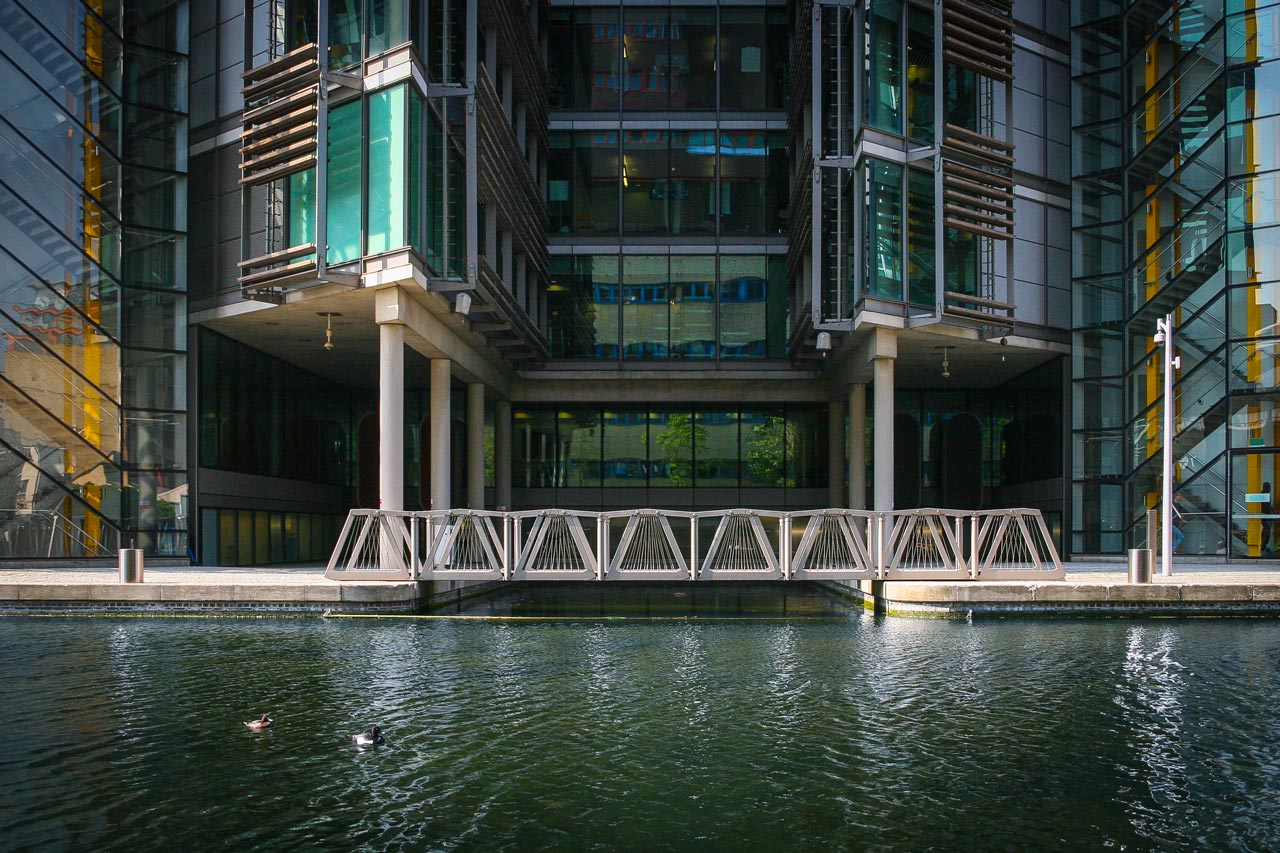 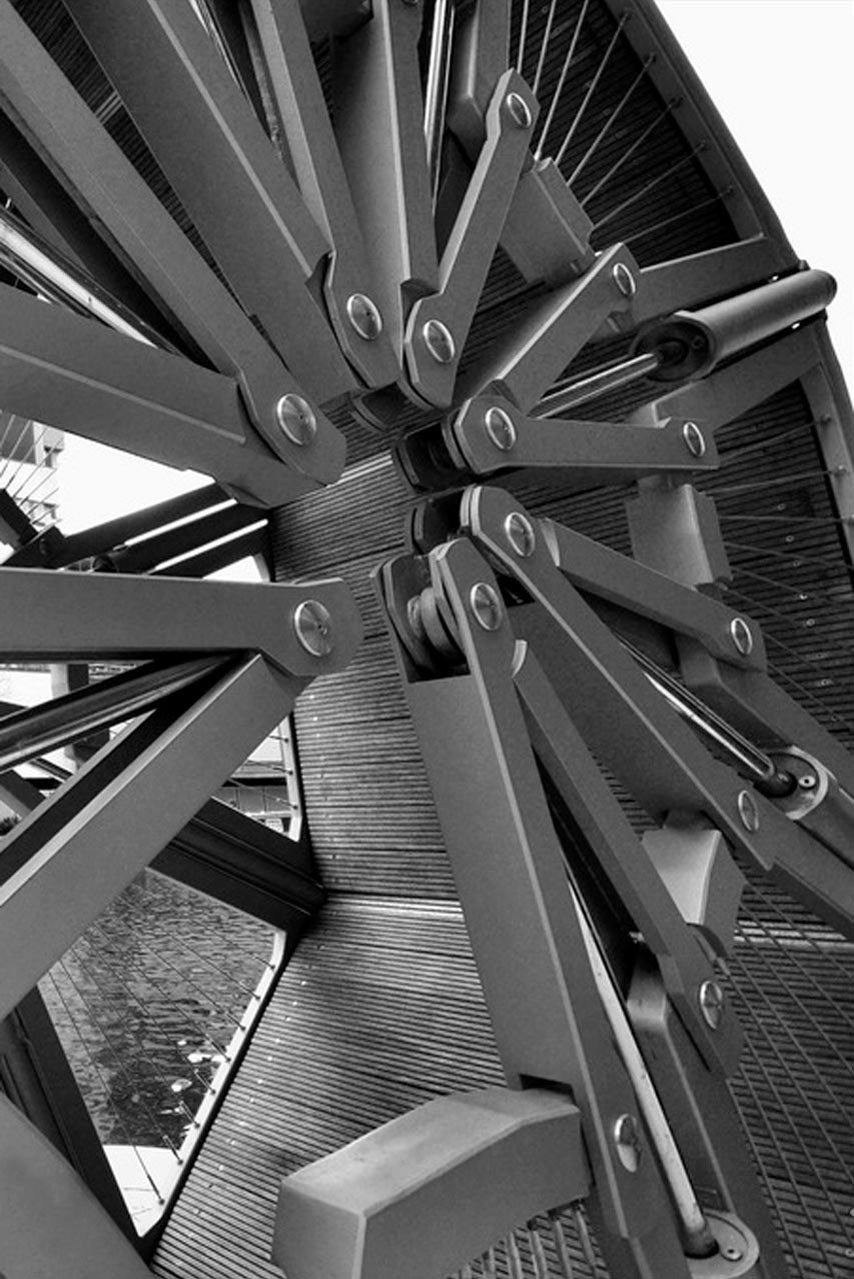 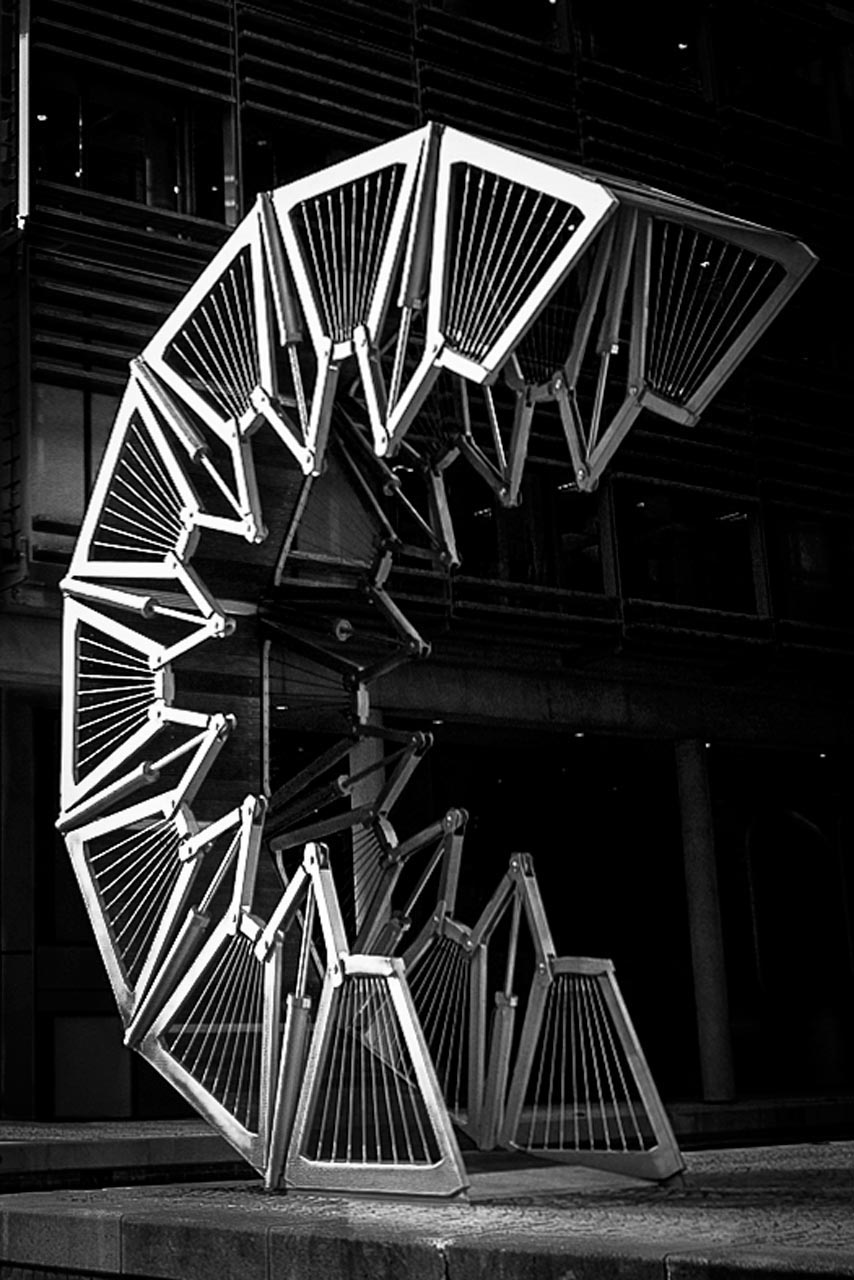 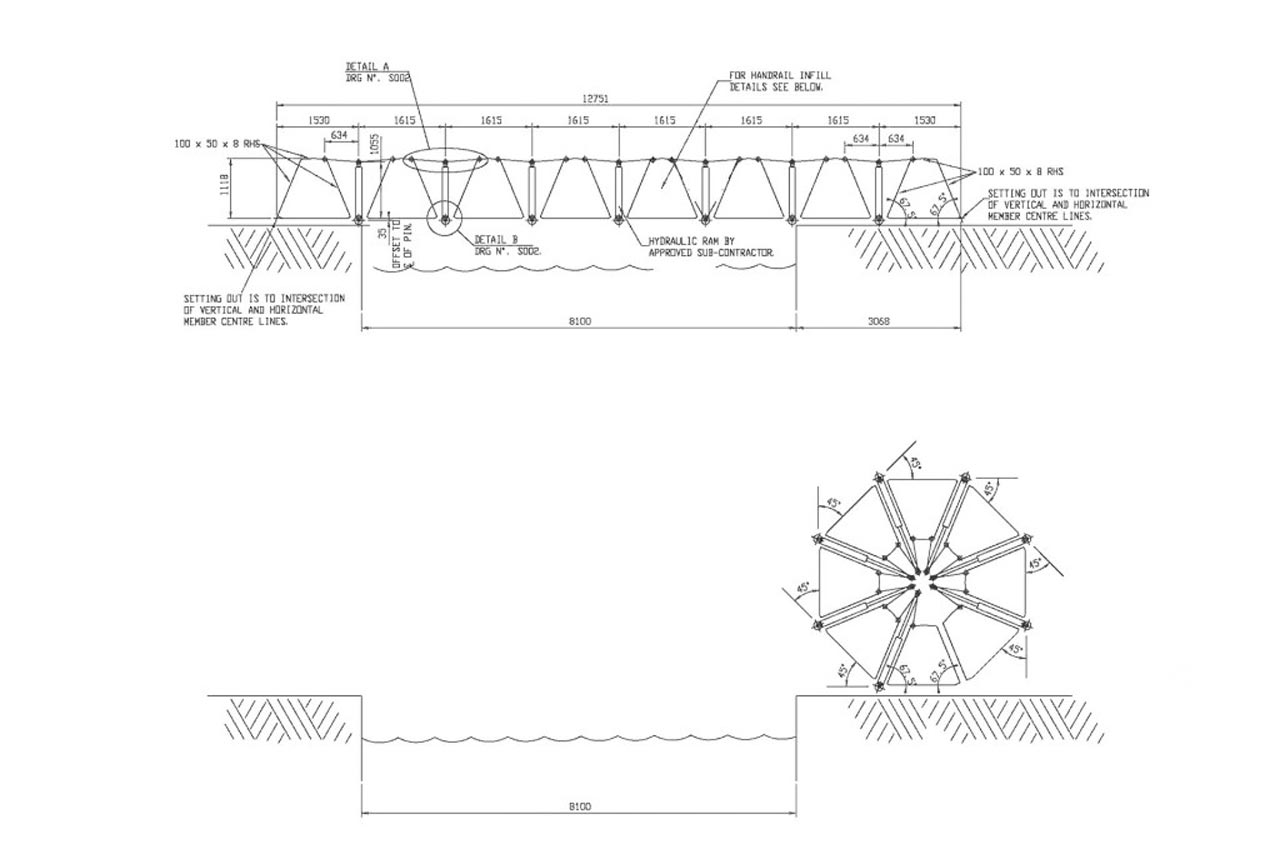 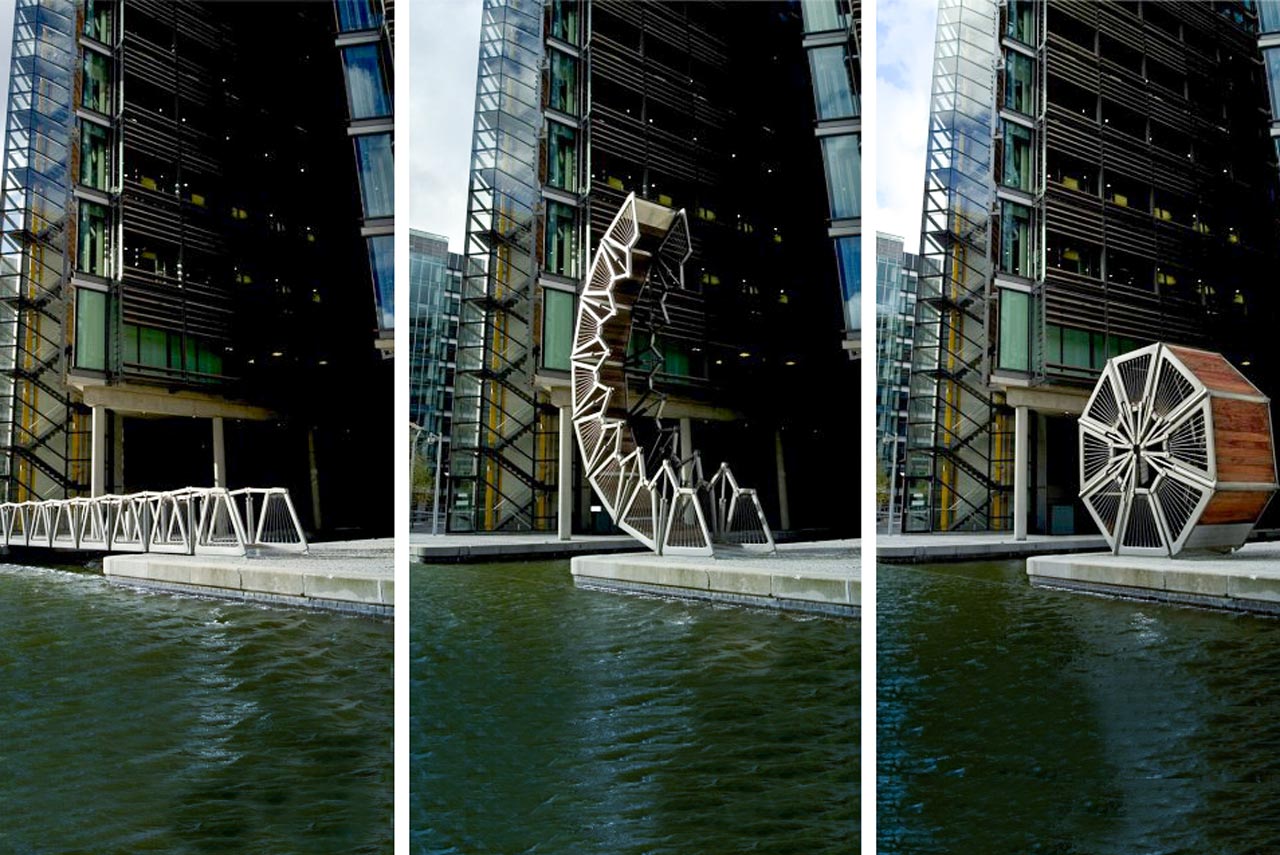 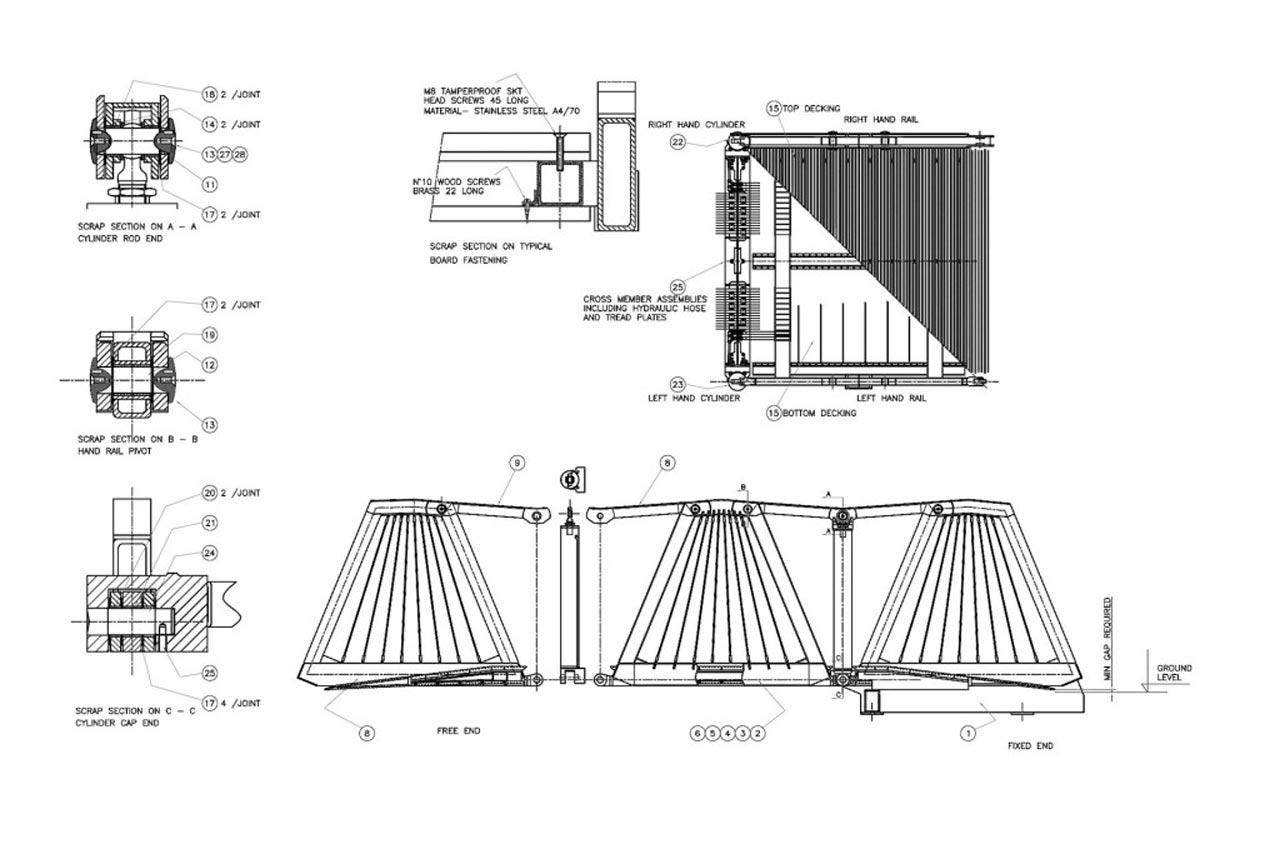 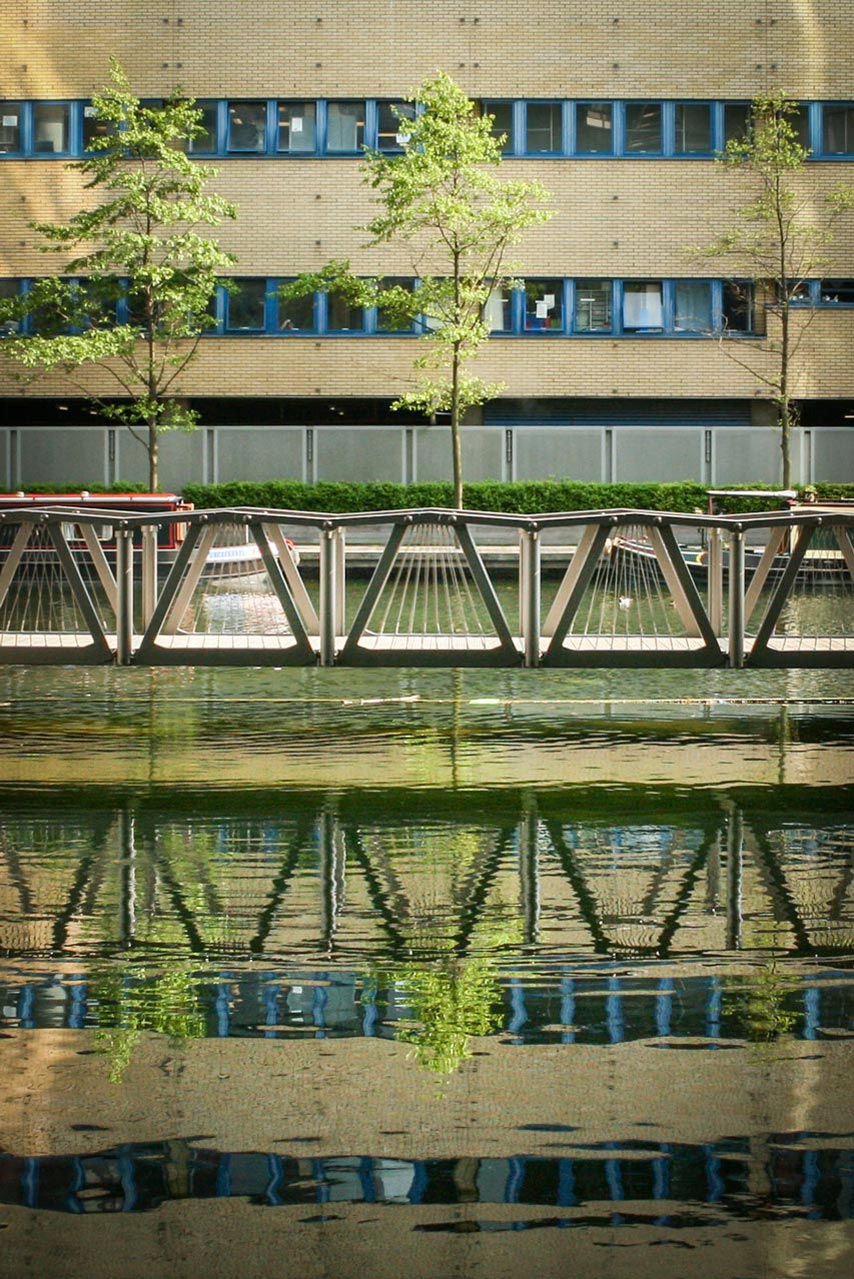 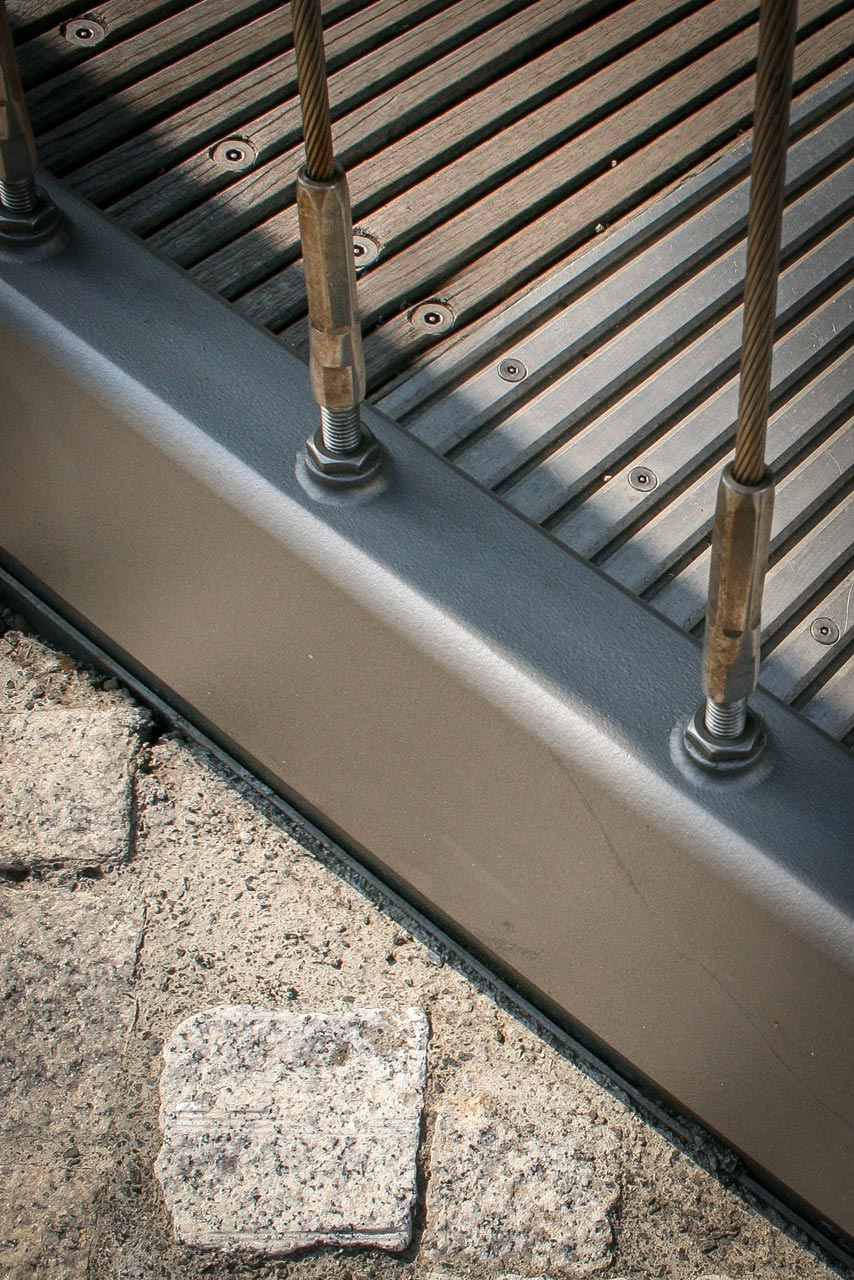