‘Novum Incrementum’, the sculptural metalwork piece that Lee Simmons designed for the Wellesley Hotel, wraps around the front of the hotel on either side of the entrance forming a hedge-like barrier between the outside seating area and the car park with the road beyond.

The structure is made up of several different sections which took 3 to 4 months to produce. The body of the piece is made from a nickel alloy bronze composite which is very strong but had to be tempered to make it possible to water jet cut. It also meant that instead of rolling, a folding process had to be employed to curve the toughened material. To fabricate the piece we had to make specialised jigs in order to hold the sections in place.

The 3700 cast ‘bud’ components that protrude from the surface were then fitted by LWL. The curved surface of the piece meant that a special mounting had to be used to secure the drill in place. And, because the metal had been toughened, exceptionally hardened drill bits were used. The underlying curved structure was polished on the edges, whereas the front facing elements, including the ‘buds’, were satin finished. LWL also produced all of the base supports to hold the final structure in position. 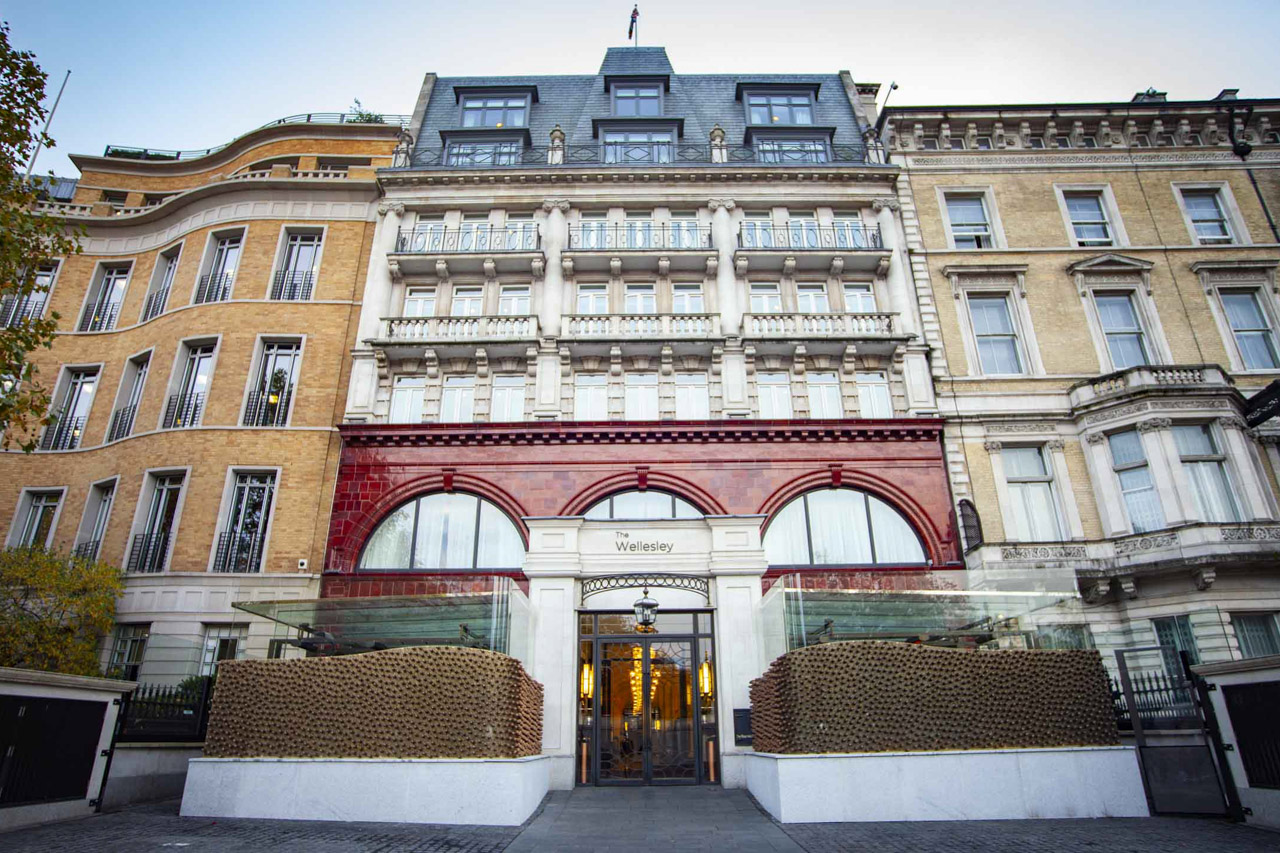 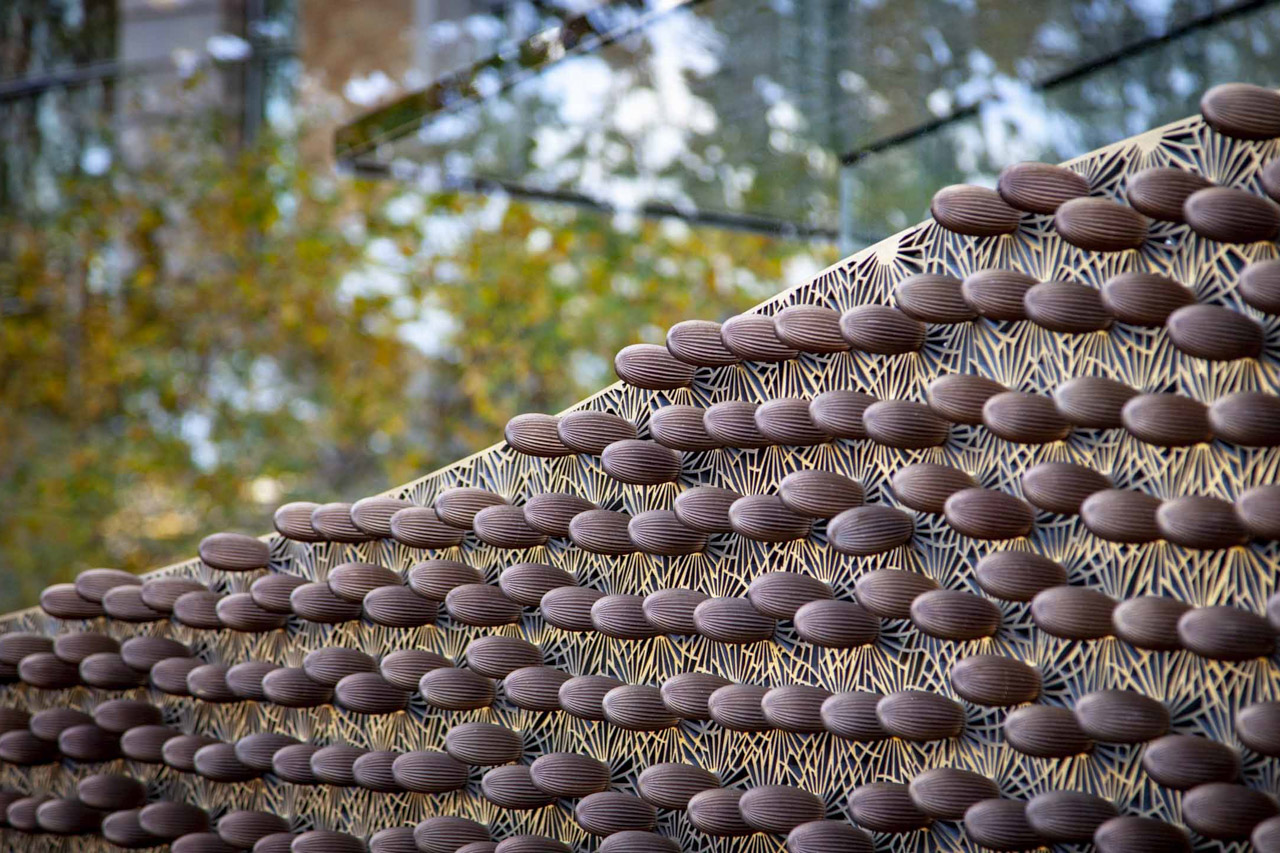 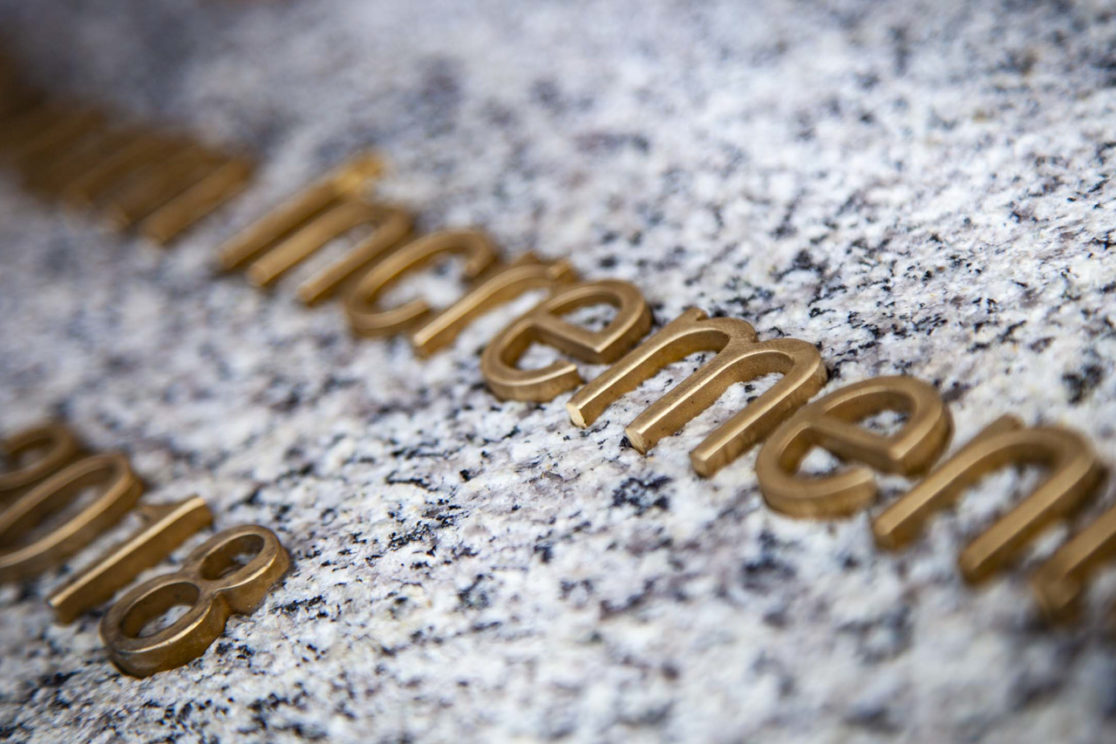 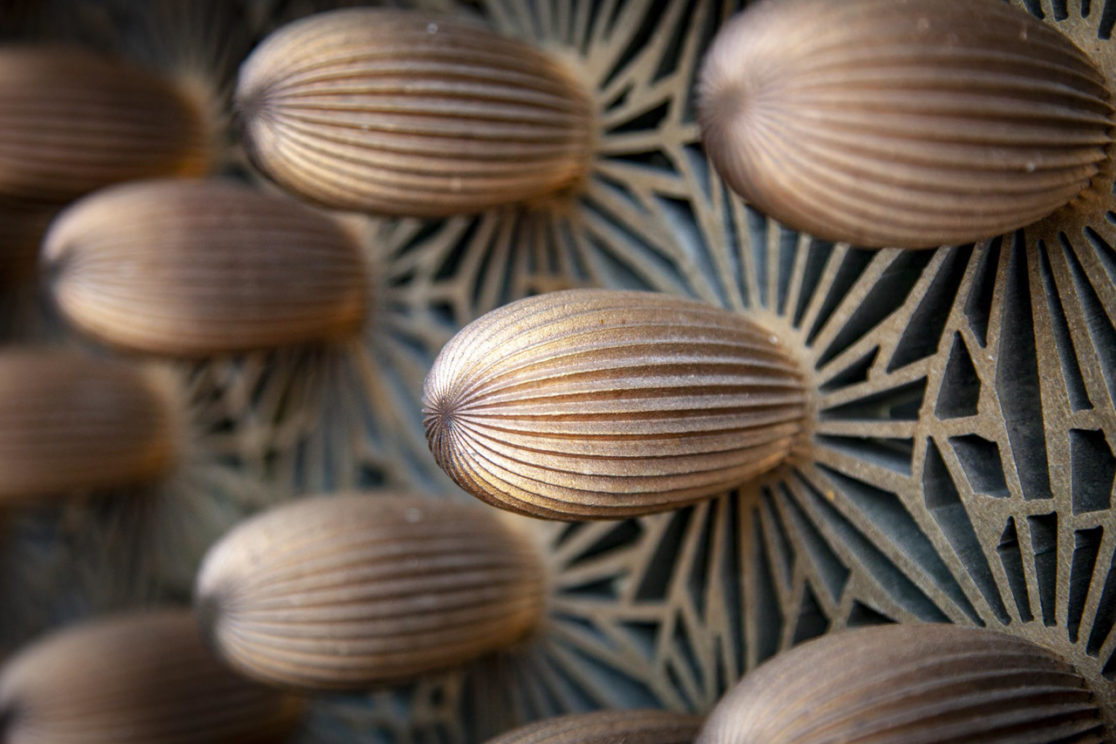 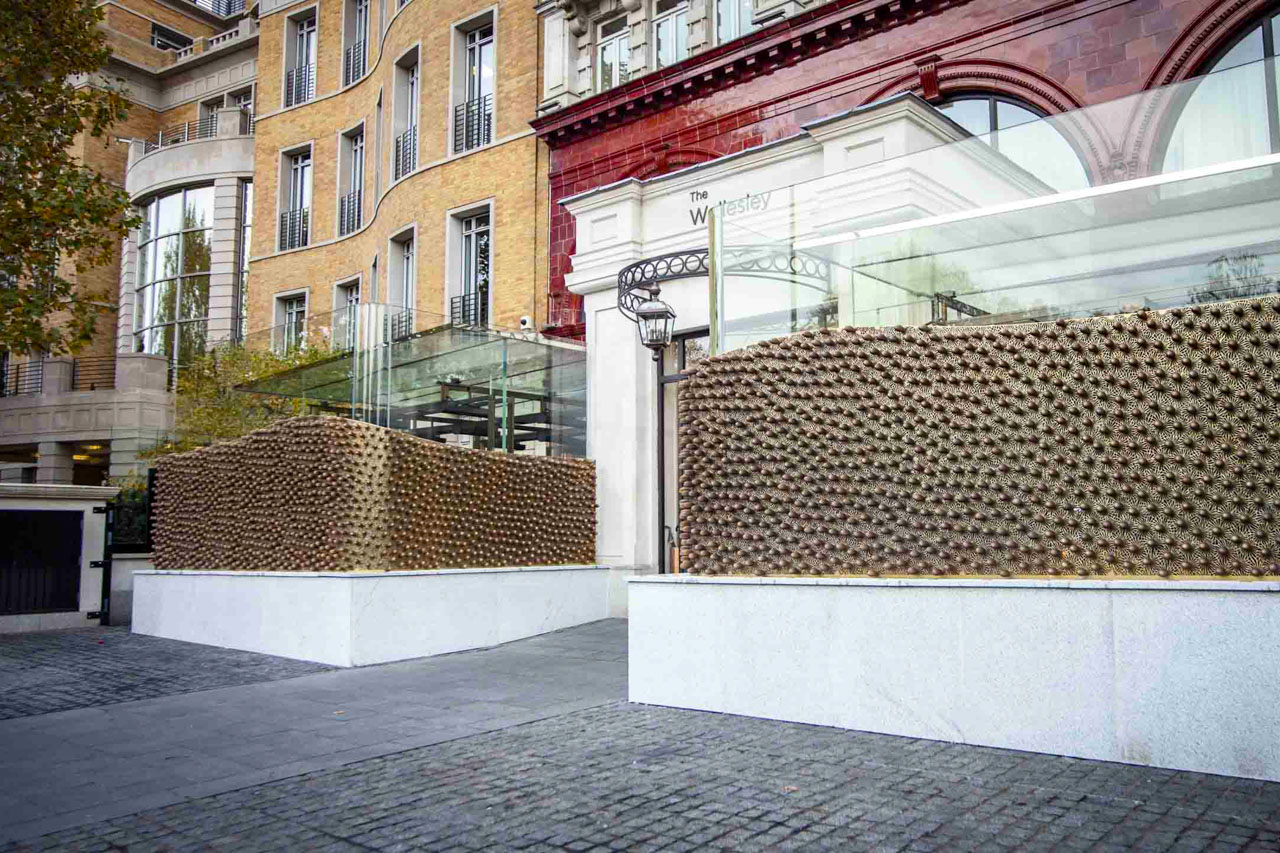 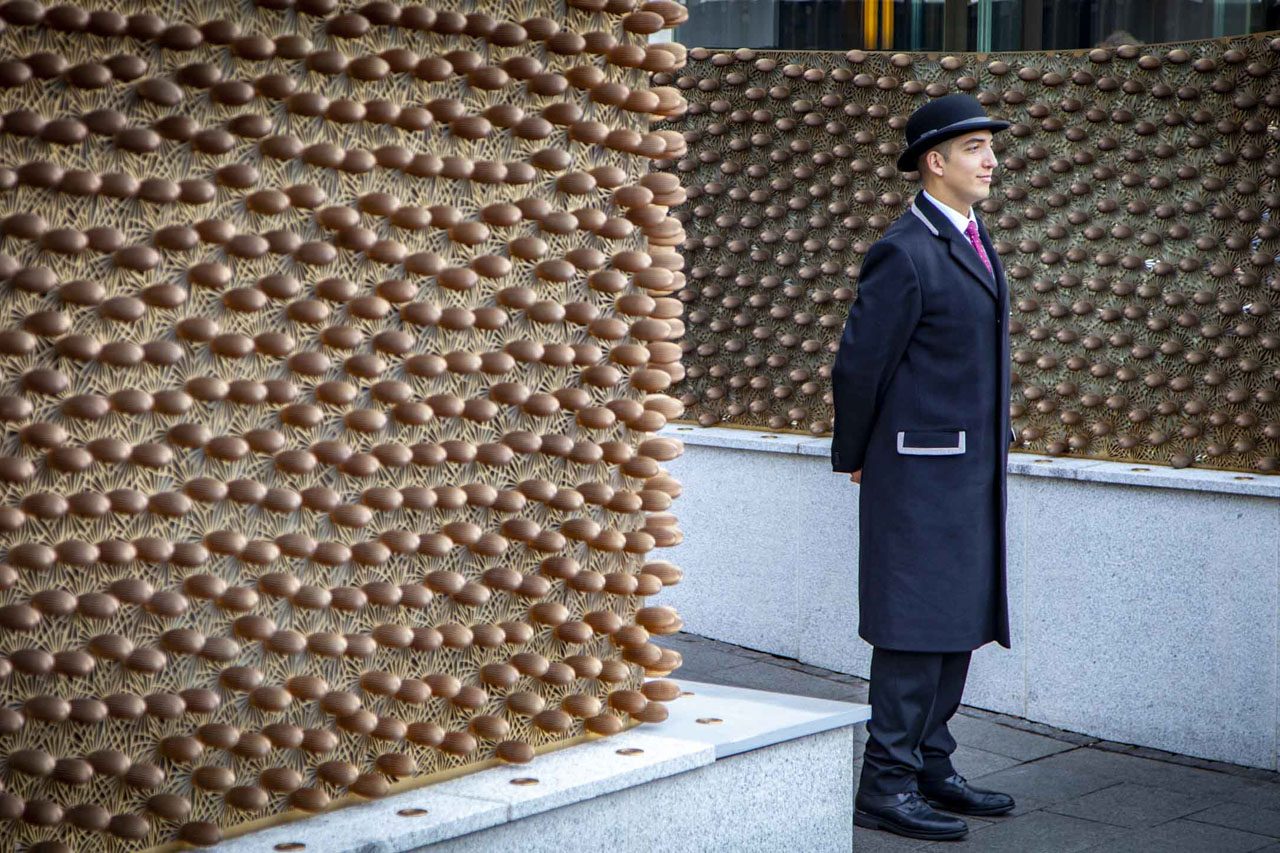 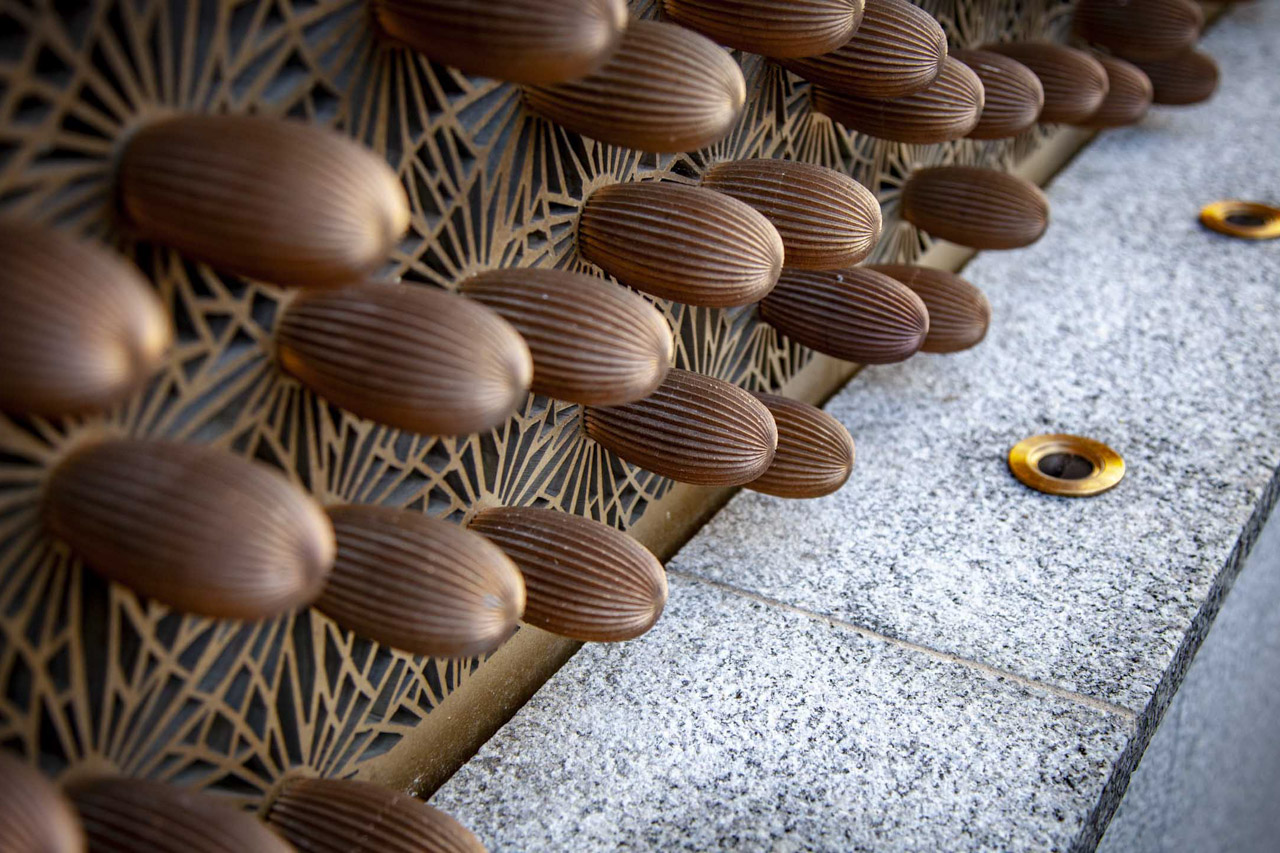 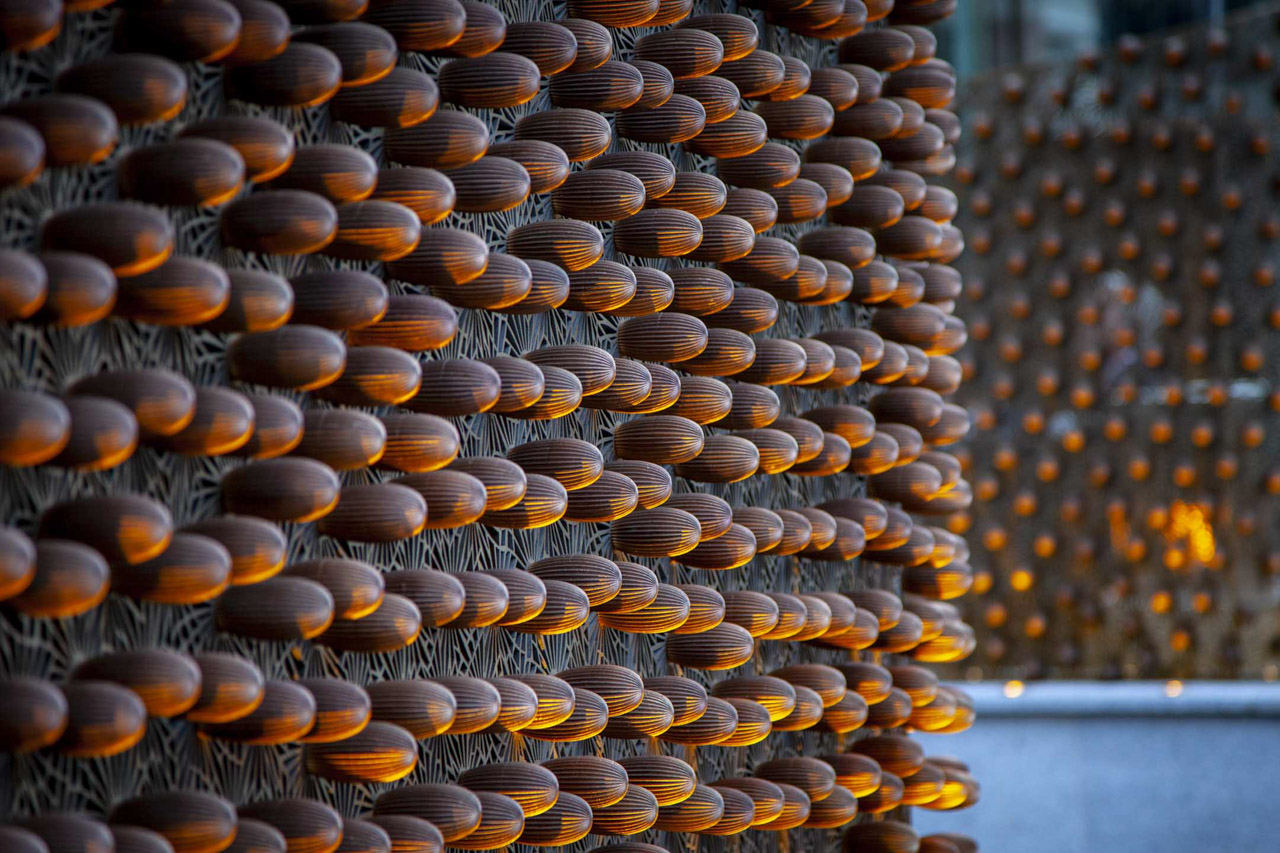 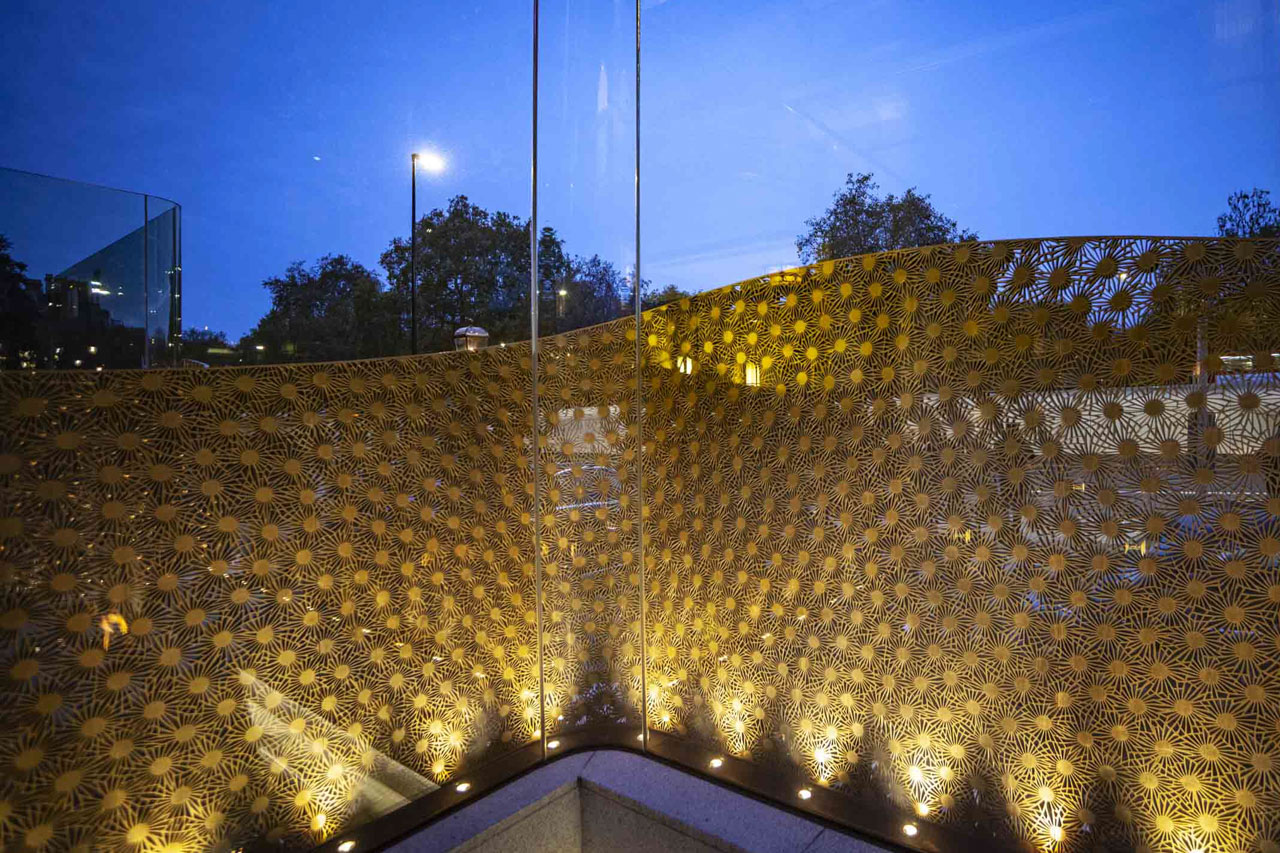 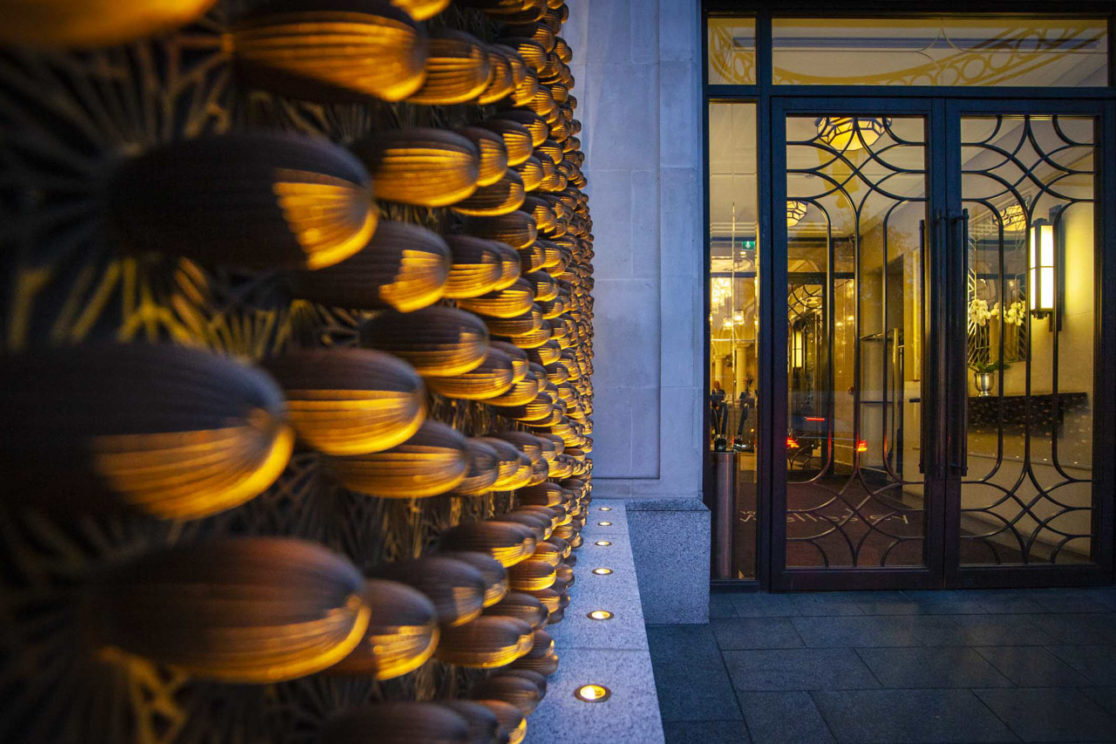 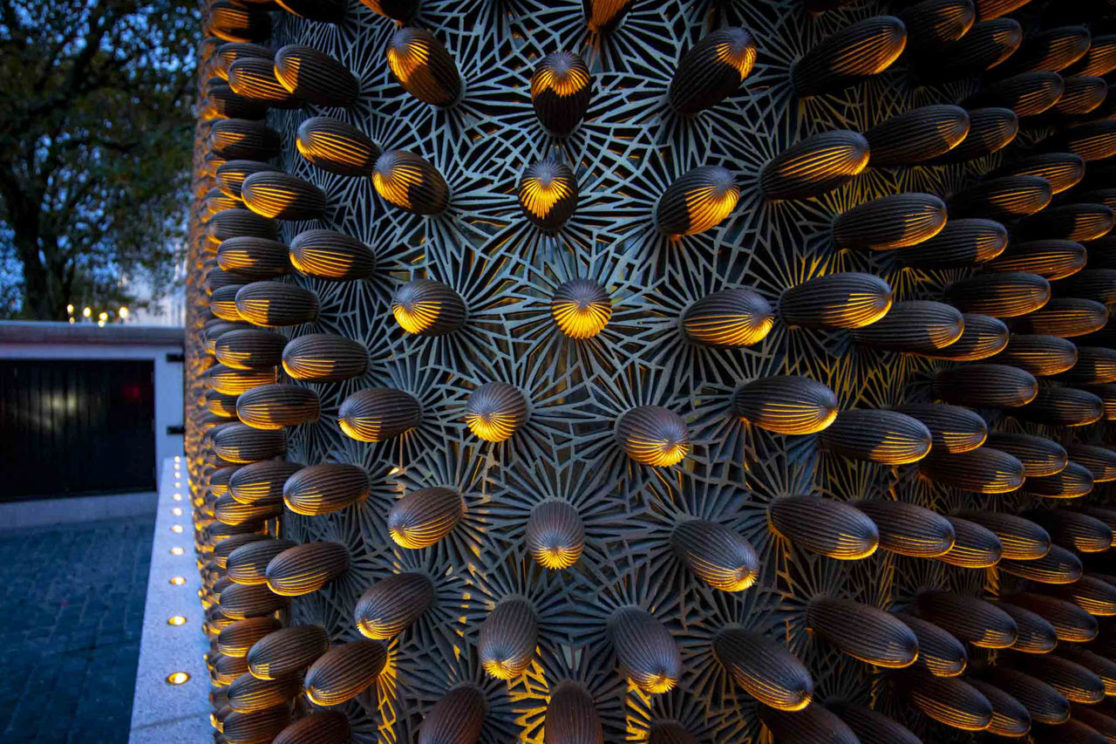 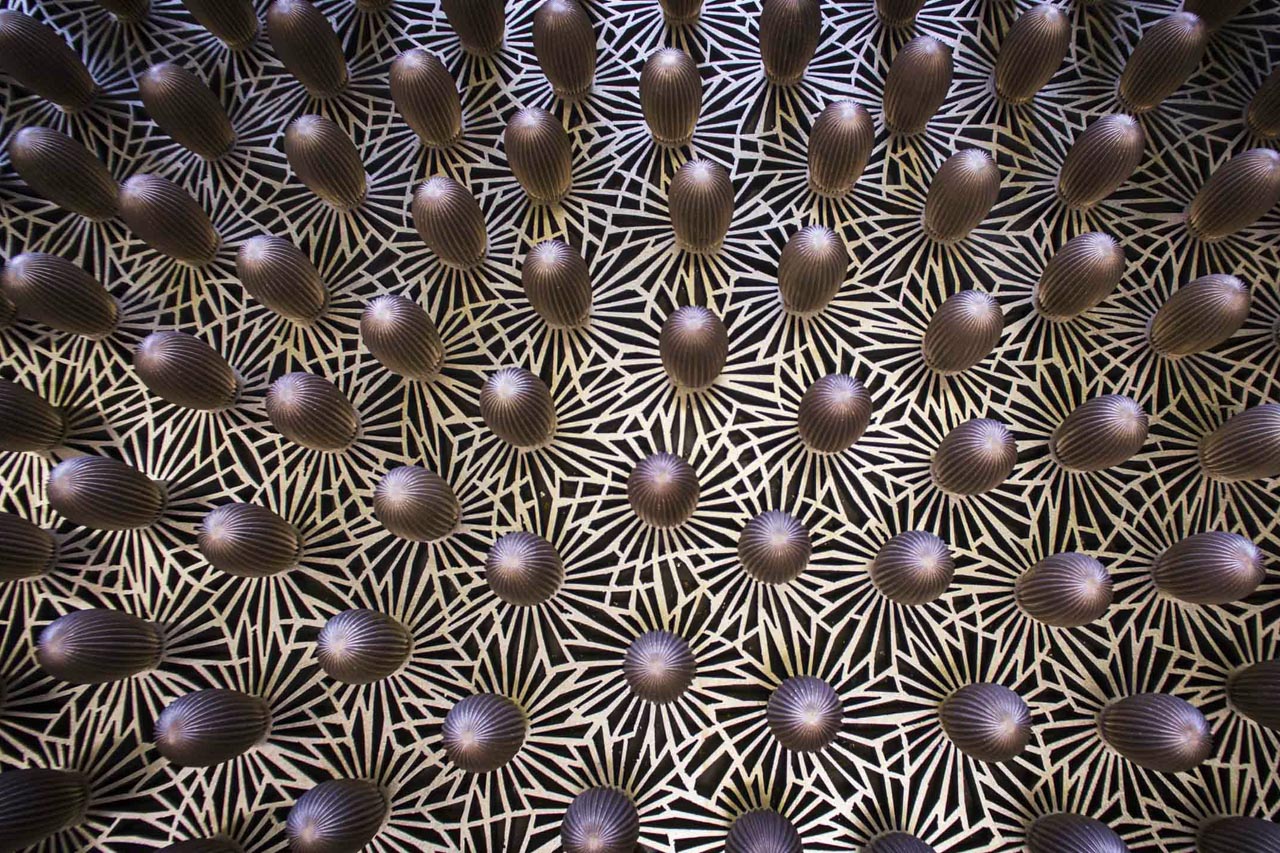 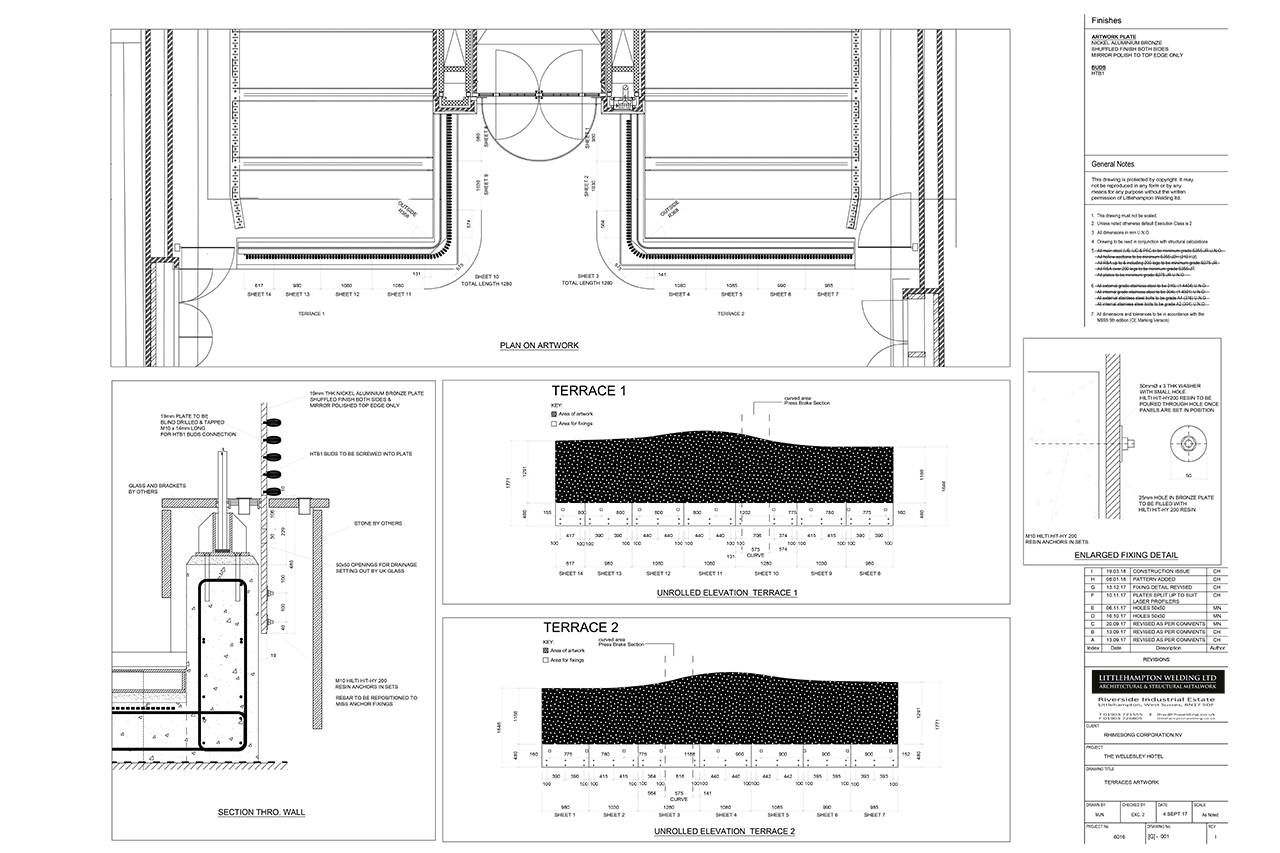 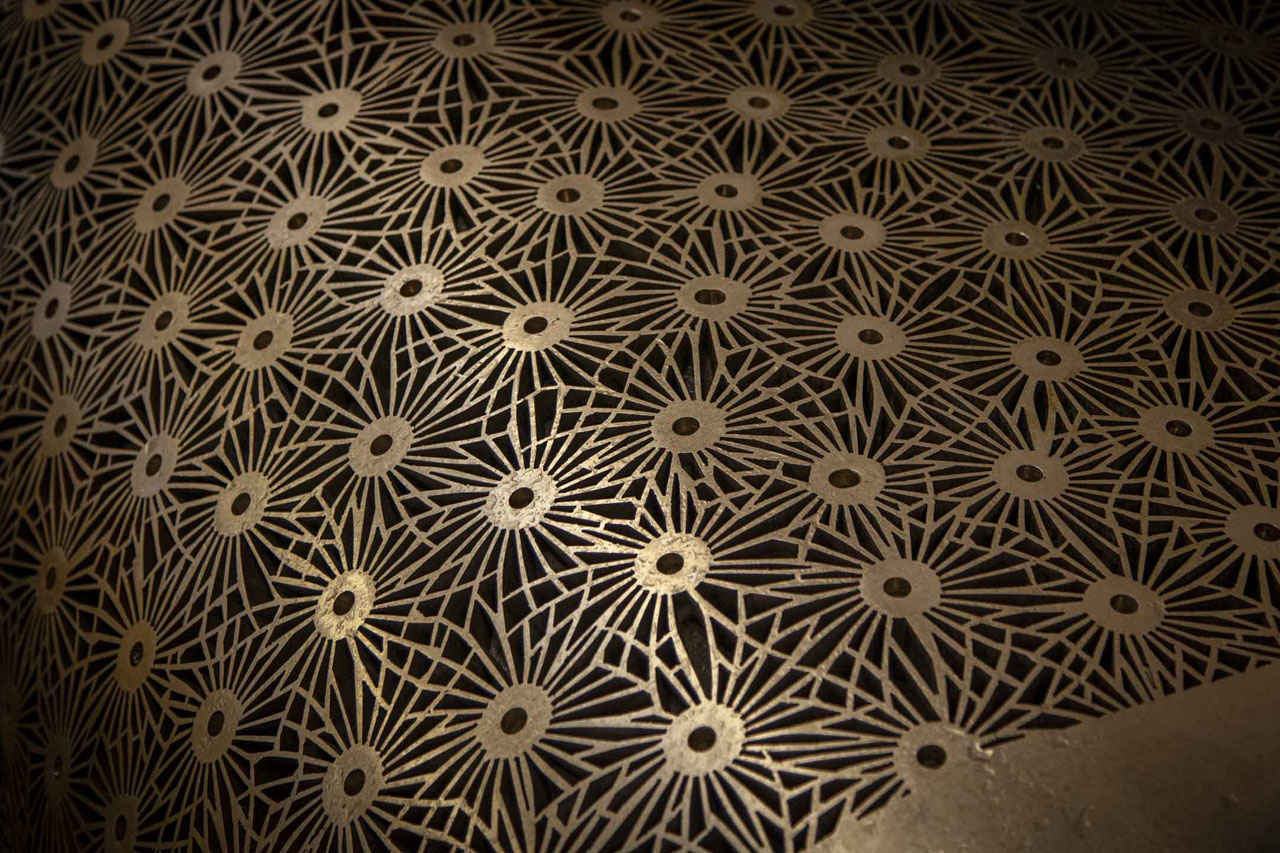 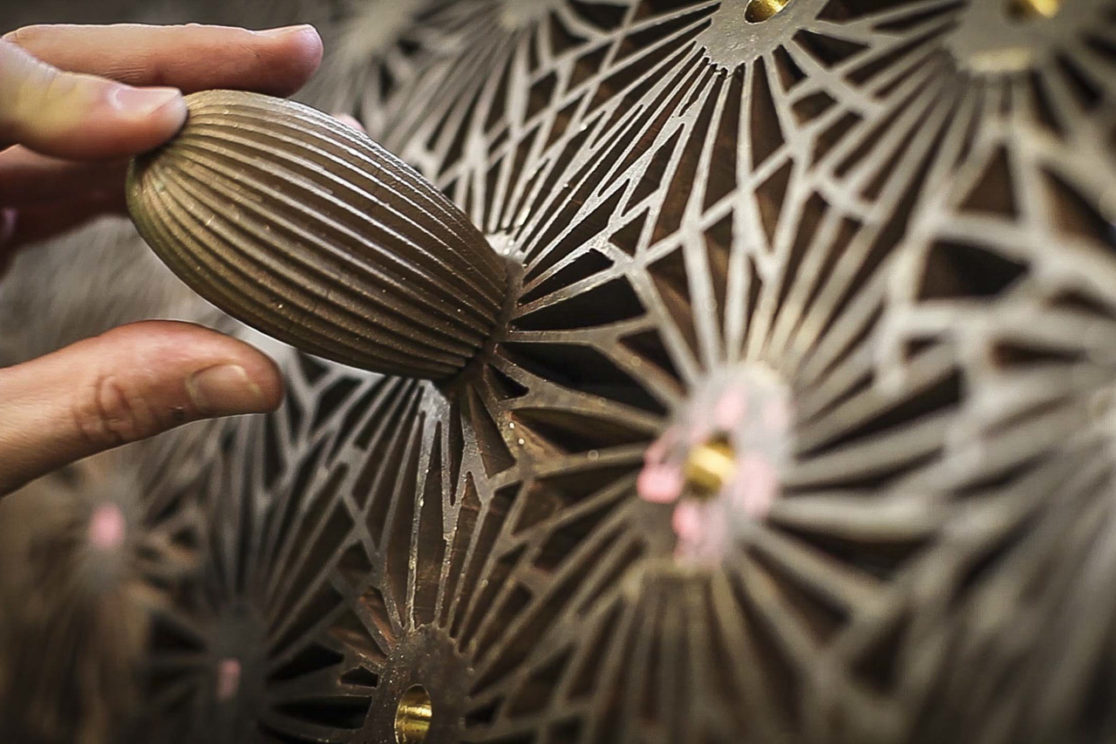 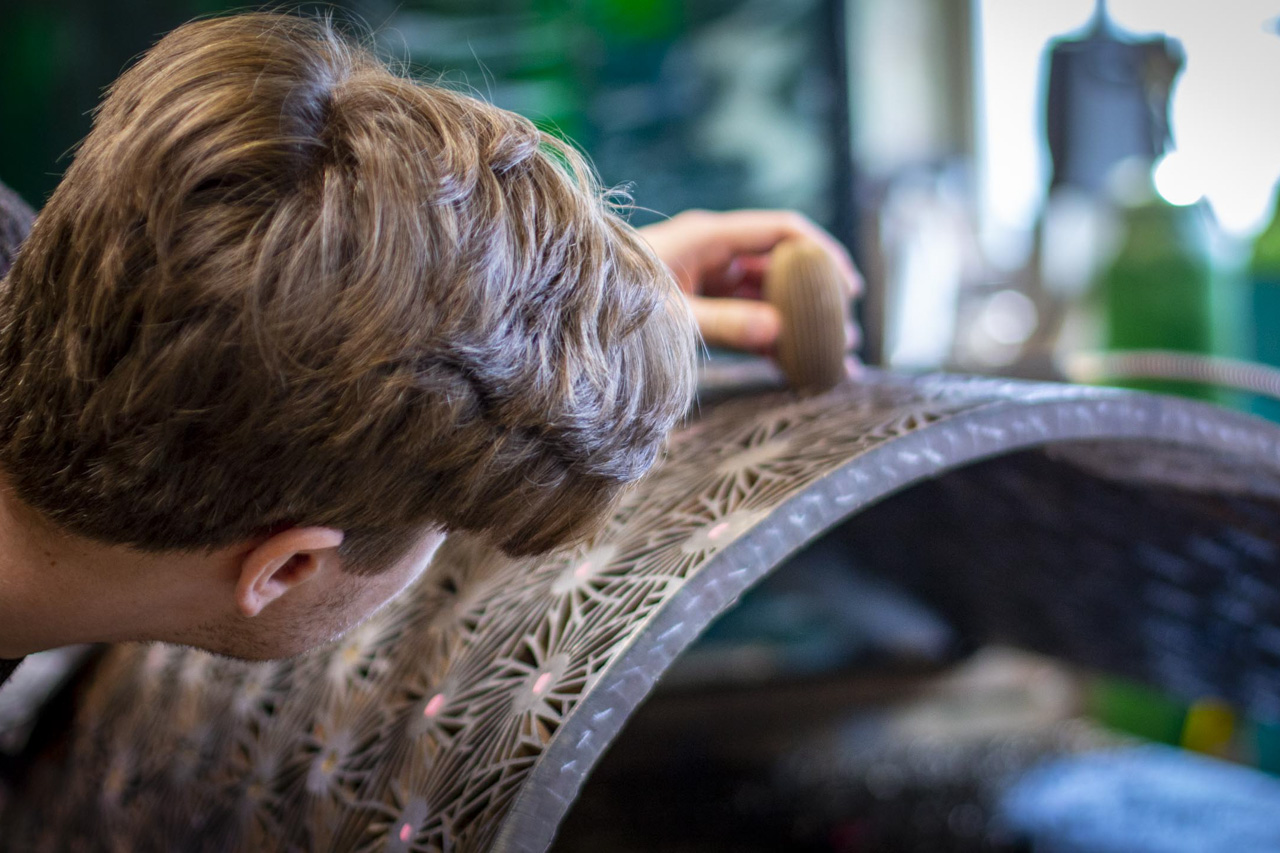 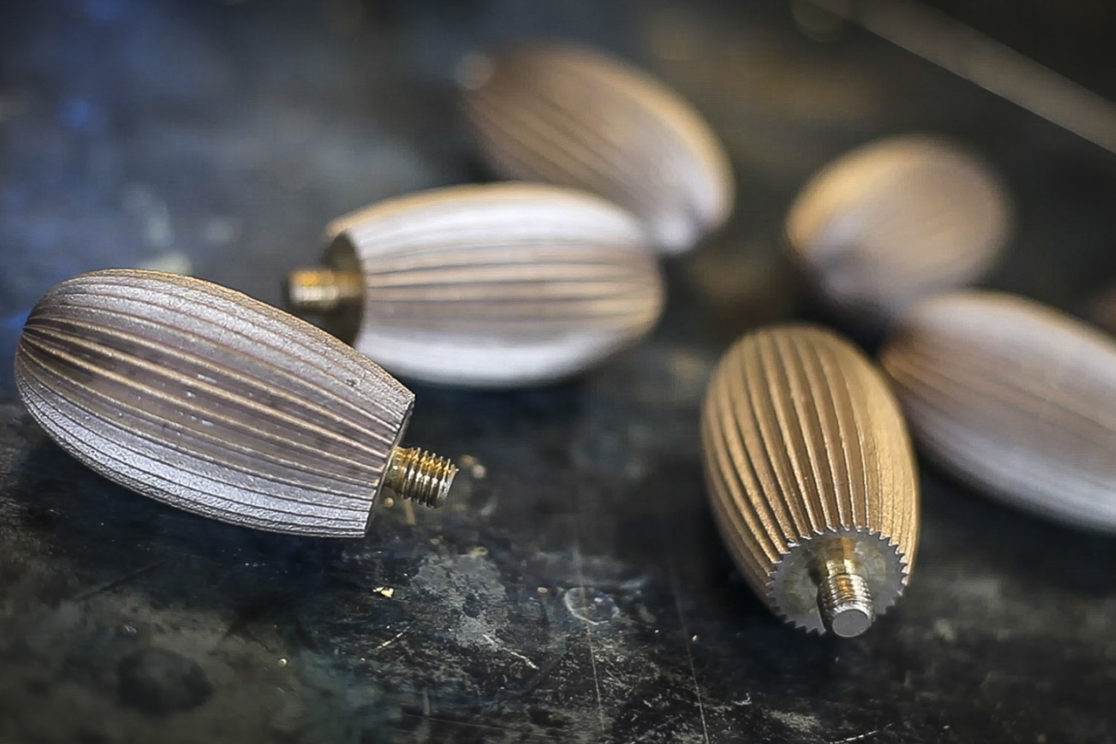 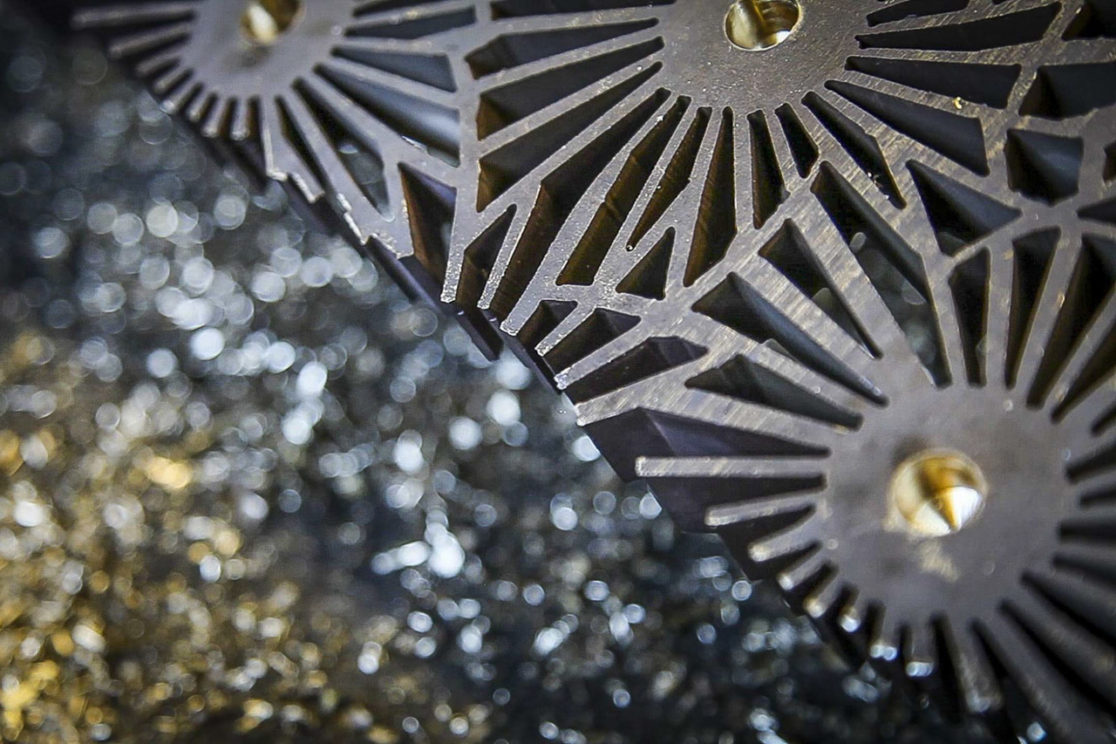 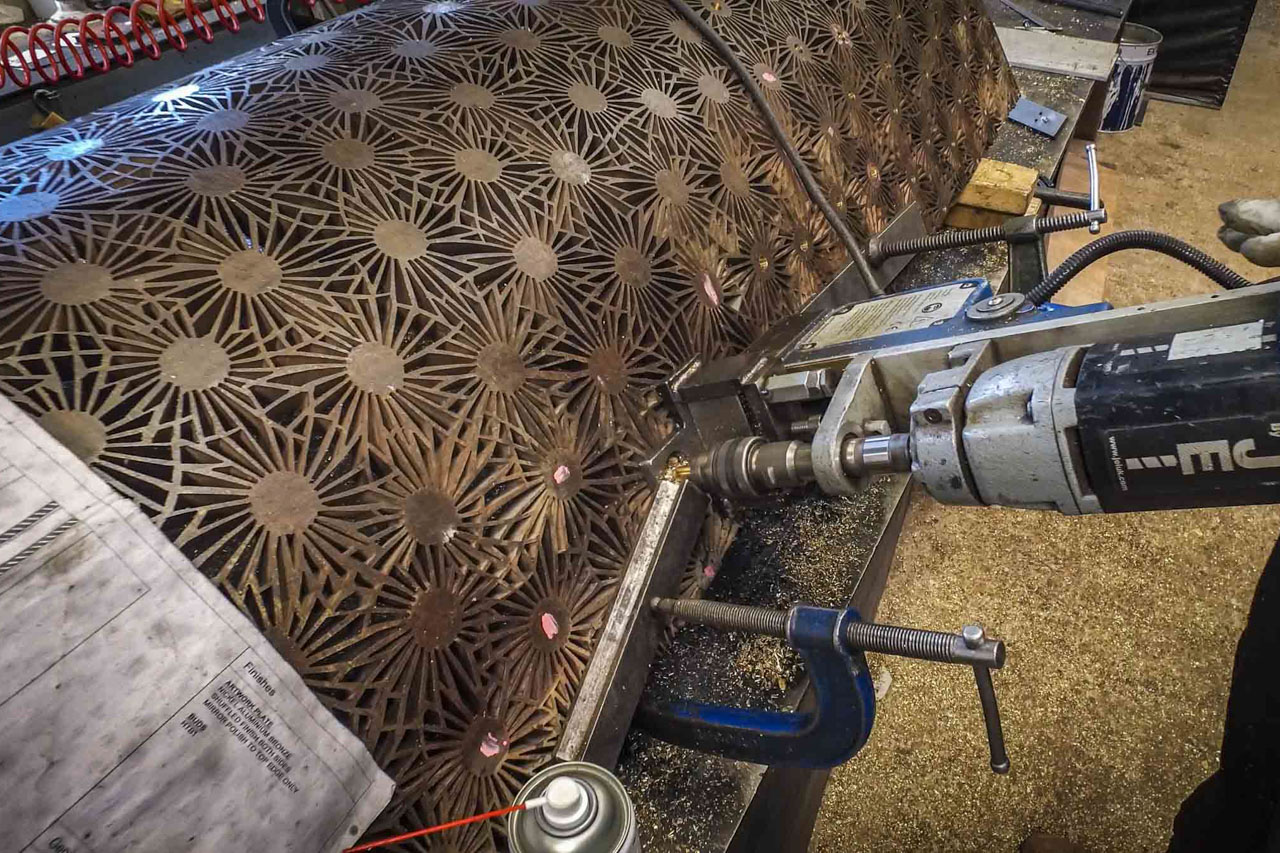 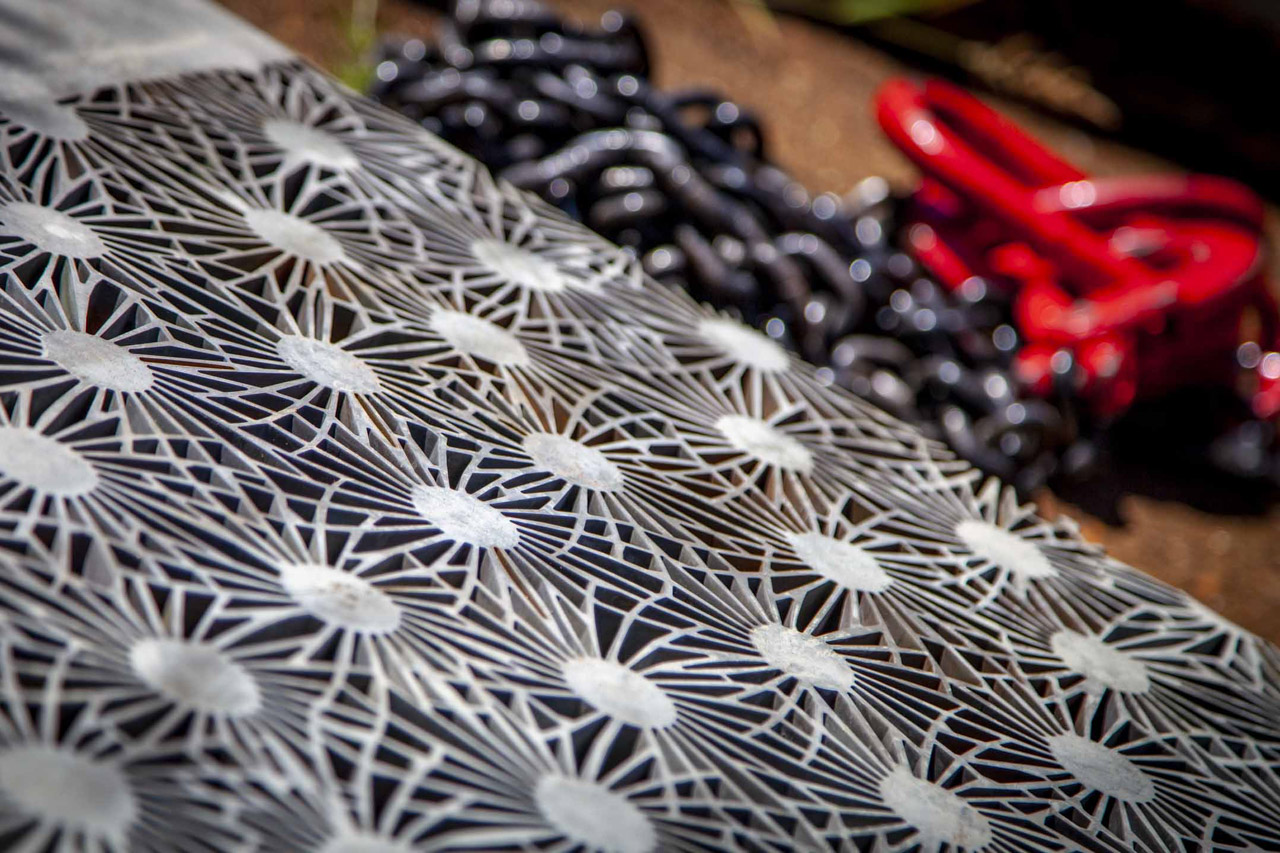 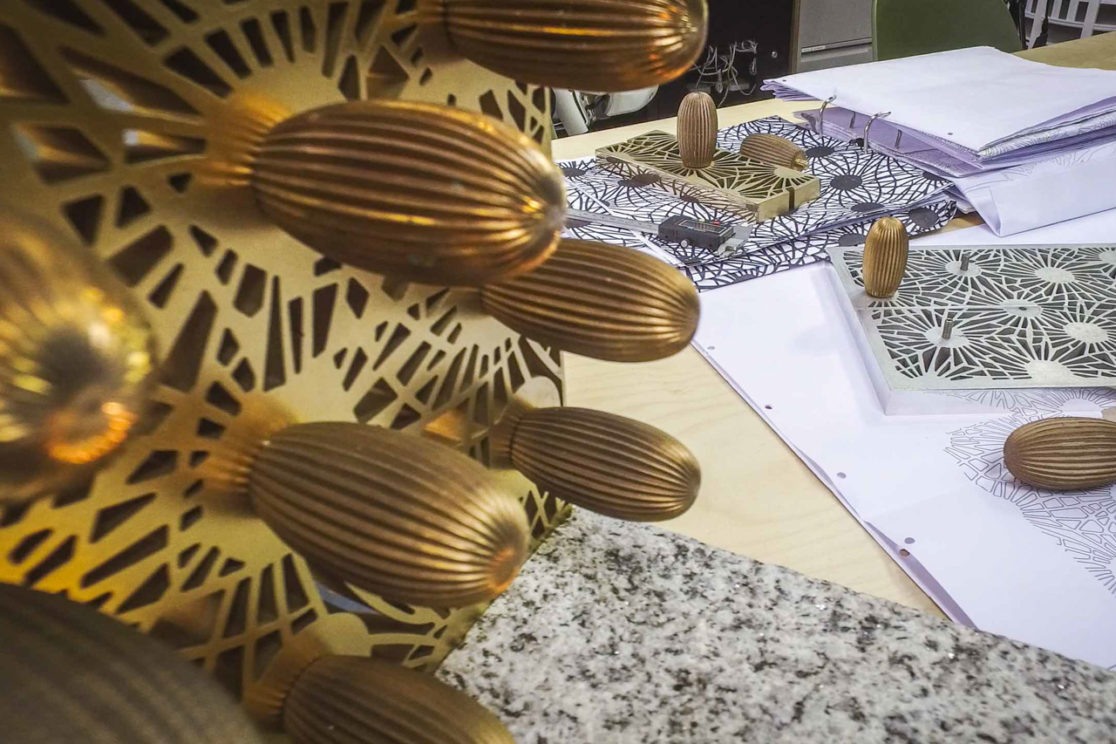 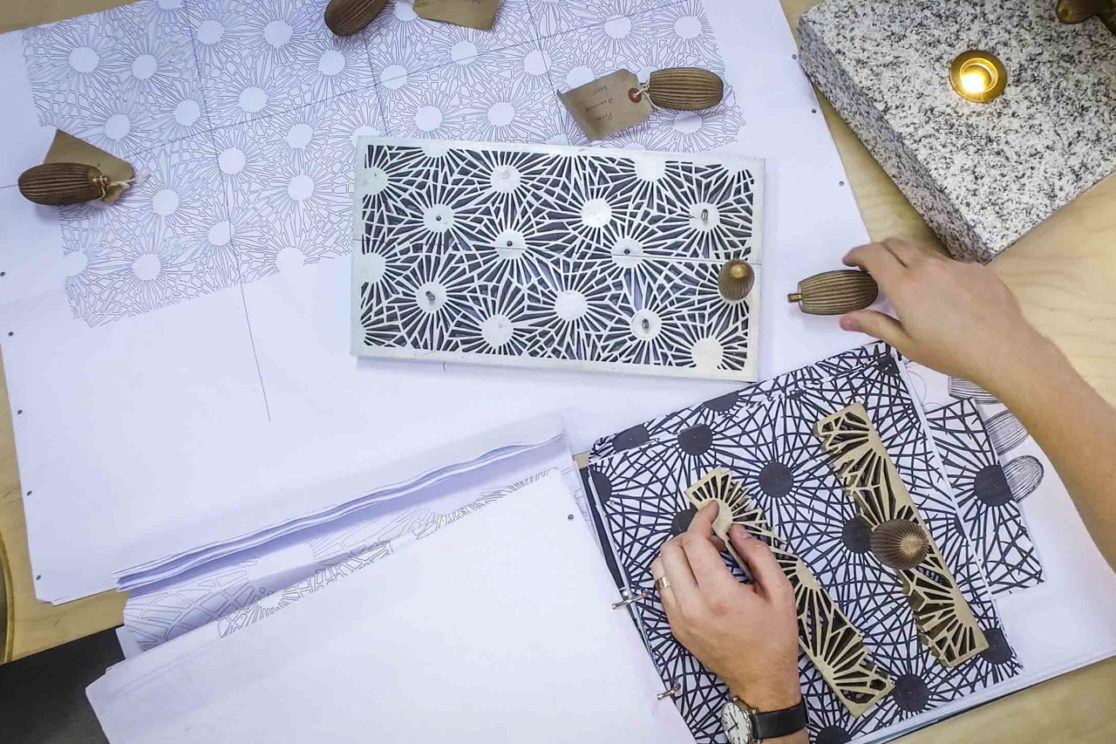