The control barge was designed by the architectural firm Populous and is a floating pontoon comprising a two storey grandstand which provides a good view from the upper deck down the course of the regatta for the controller, commentary team and members of the stewards’ enclosure as well as accommodating the stewards and their guests on the lower deck.

Weighing in at 65 tonnes the barge was originally assembled on Fawley Meadows before being lifted into the river by two giant cranes. Located just before the finish line on the Berkshire bank it is kept in place by six ‘spud’ legs lowered into the riverbed once the barge has been correctly positioned.

At the end of the regatta the polycarbonate screens, fabric covering and timber sub-structures are removed for storage and the barge is towed to another part of the River Thames until the following year. 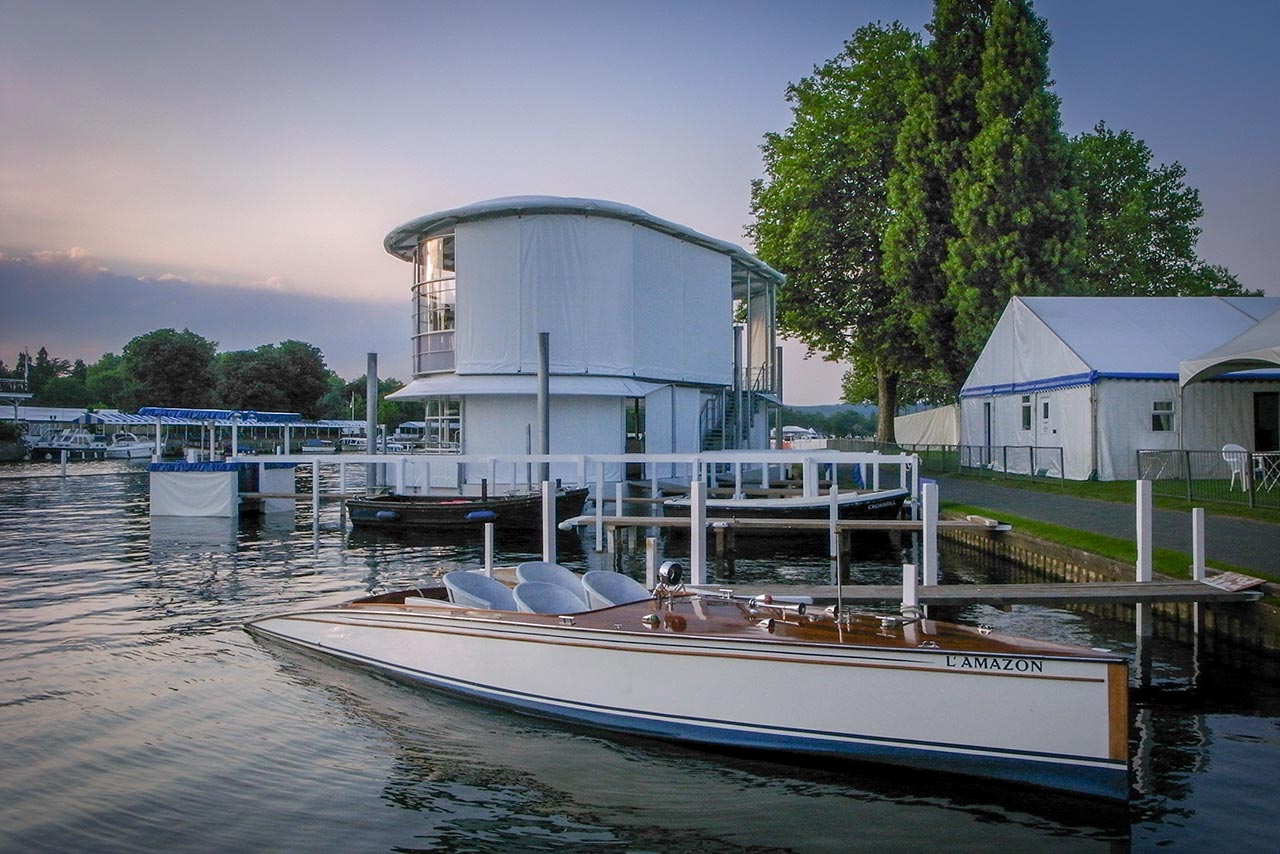 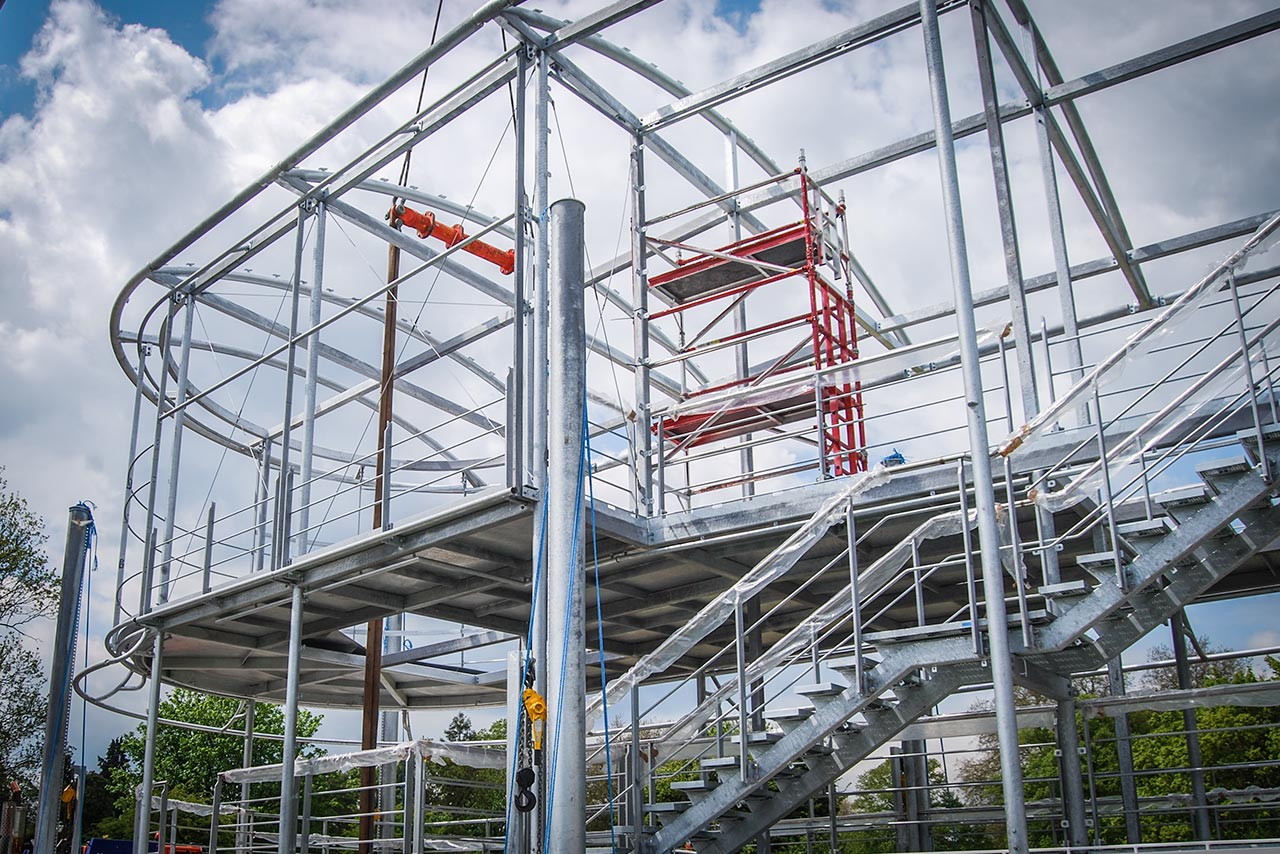 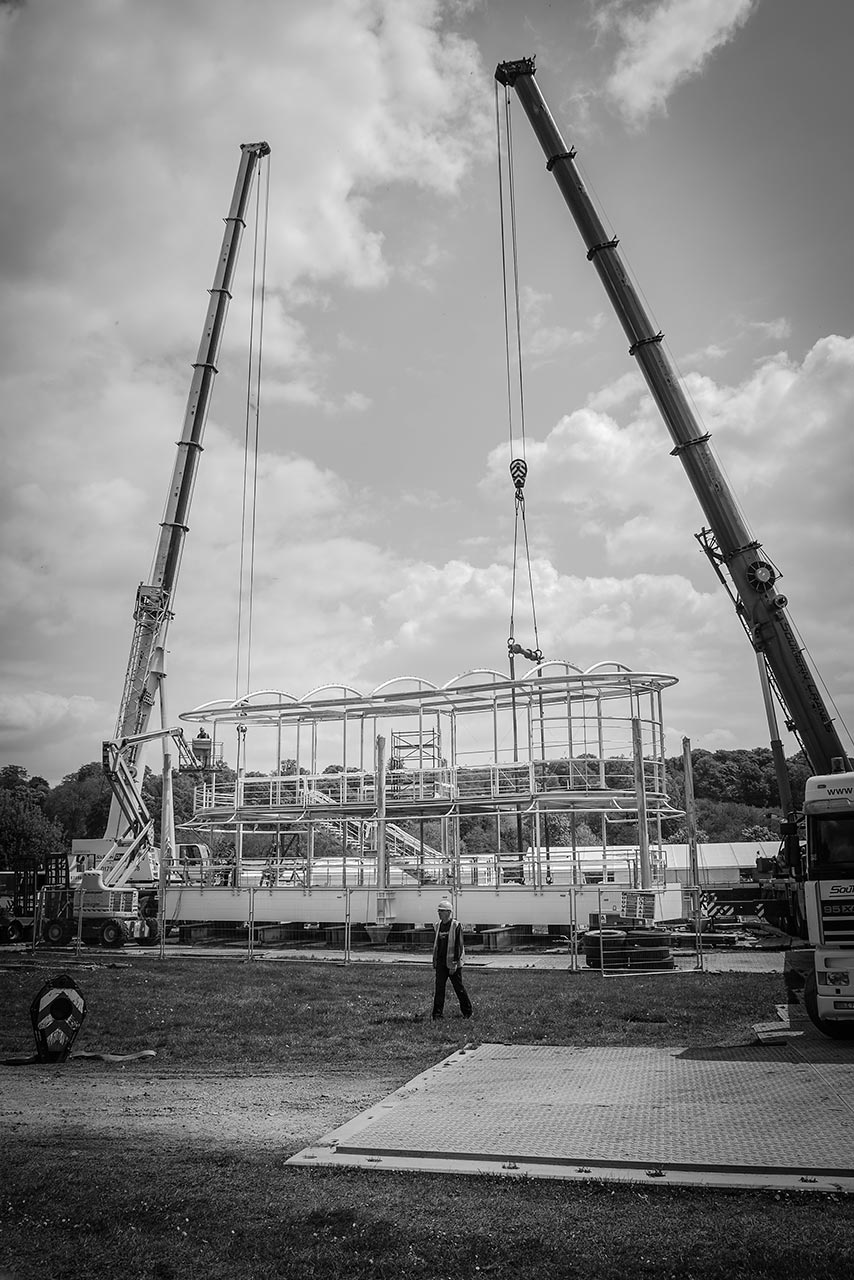 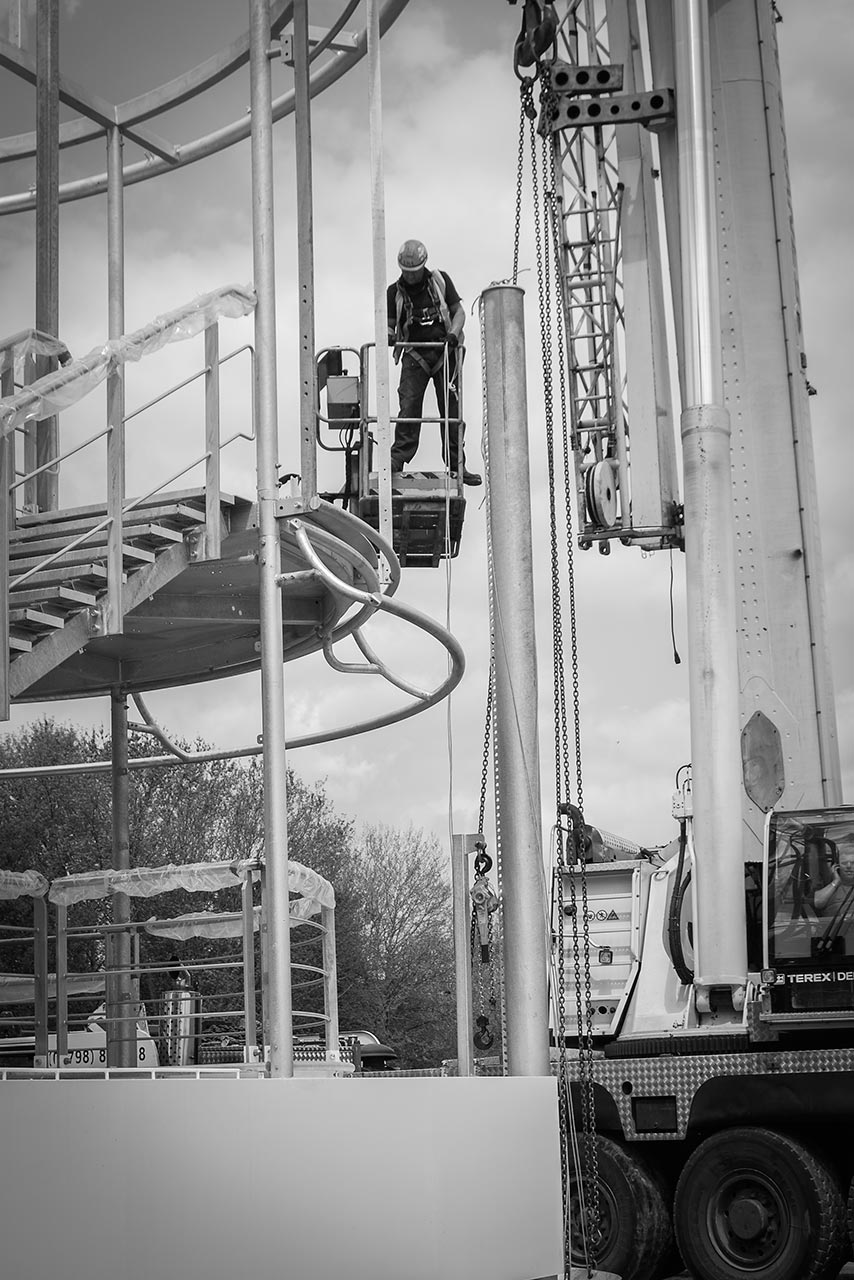 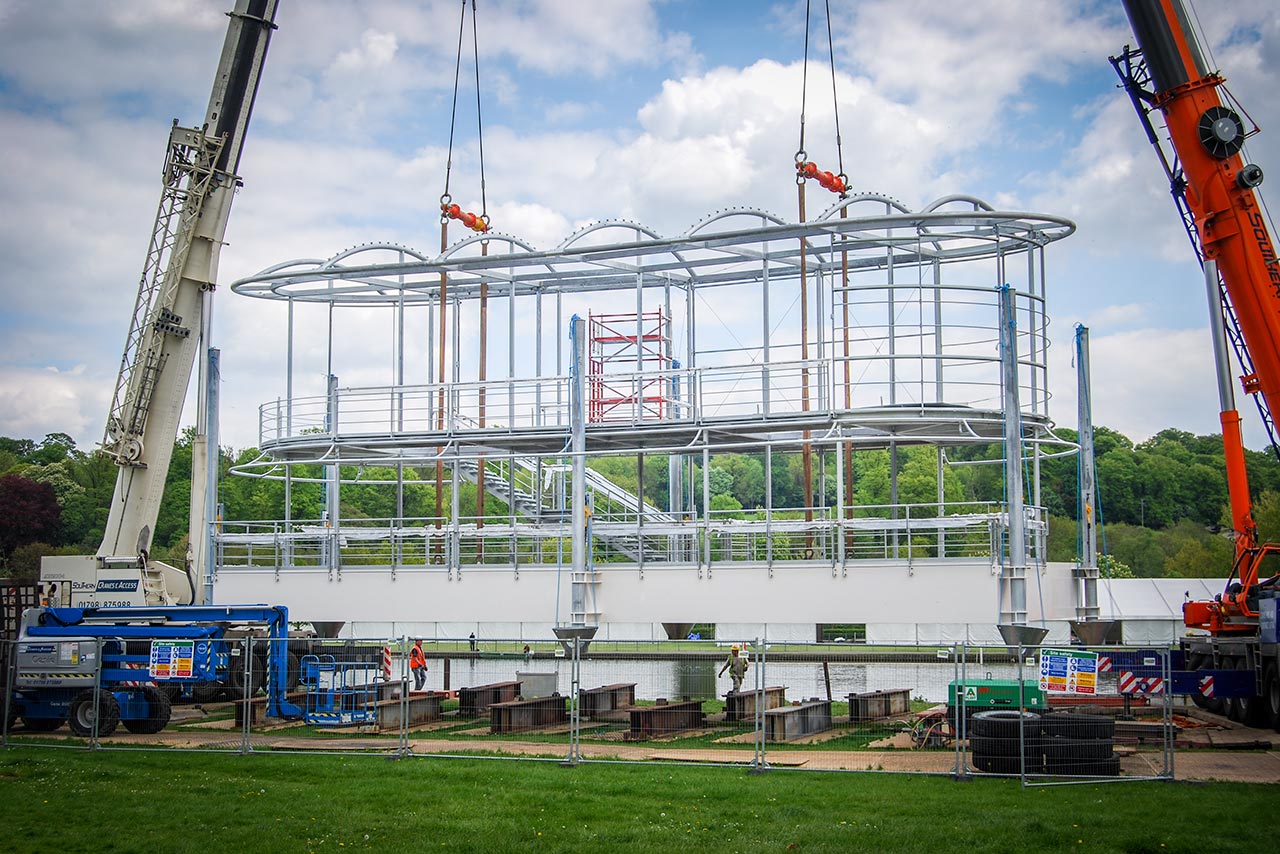 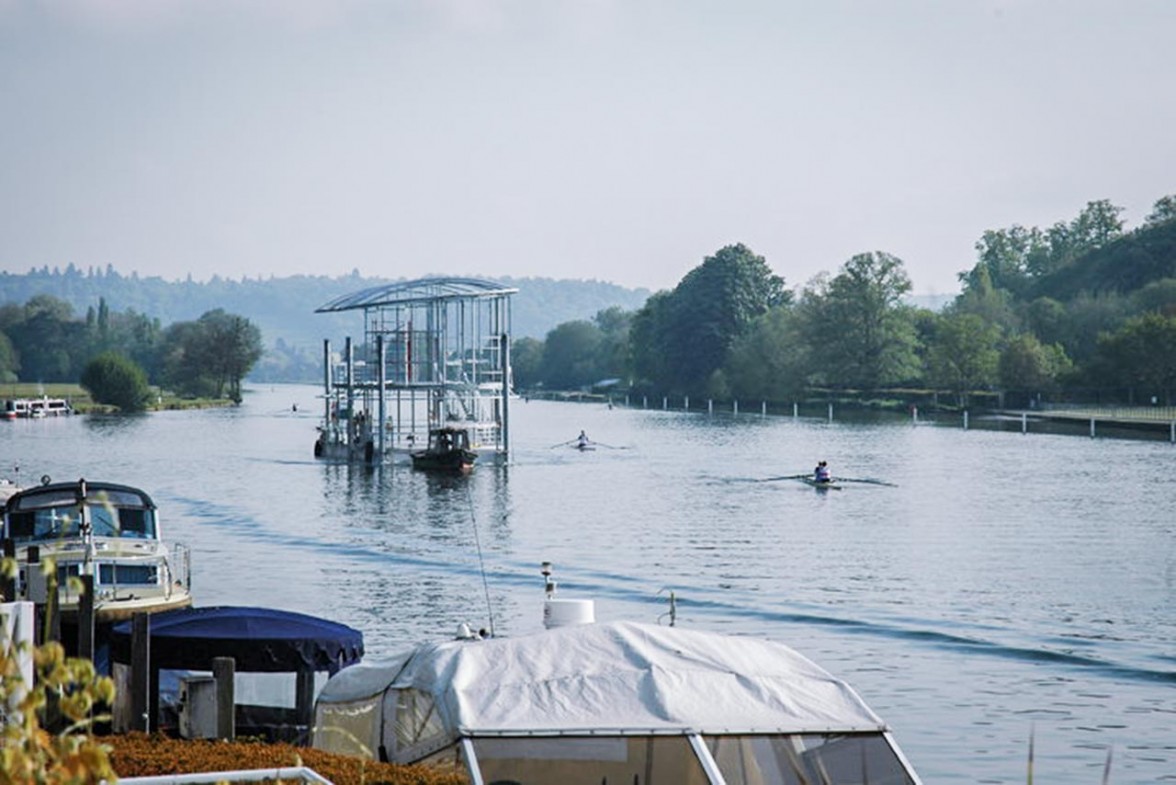 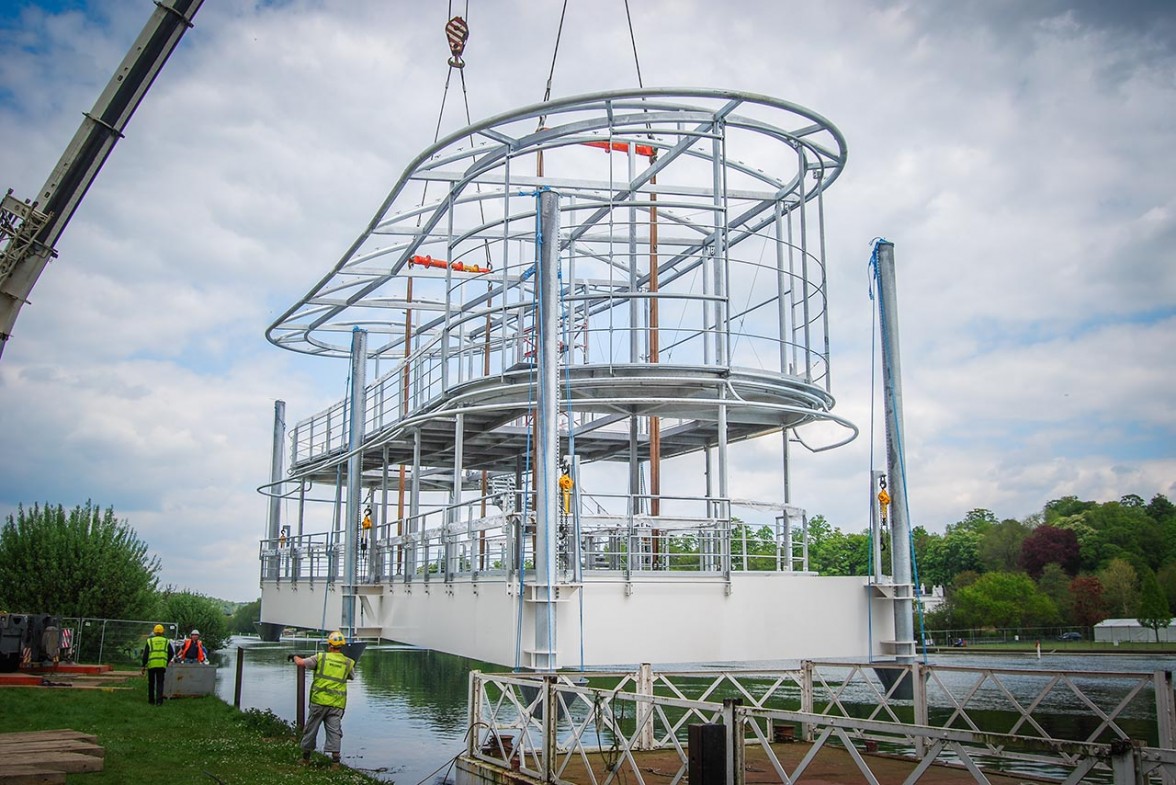 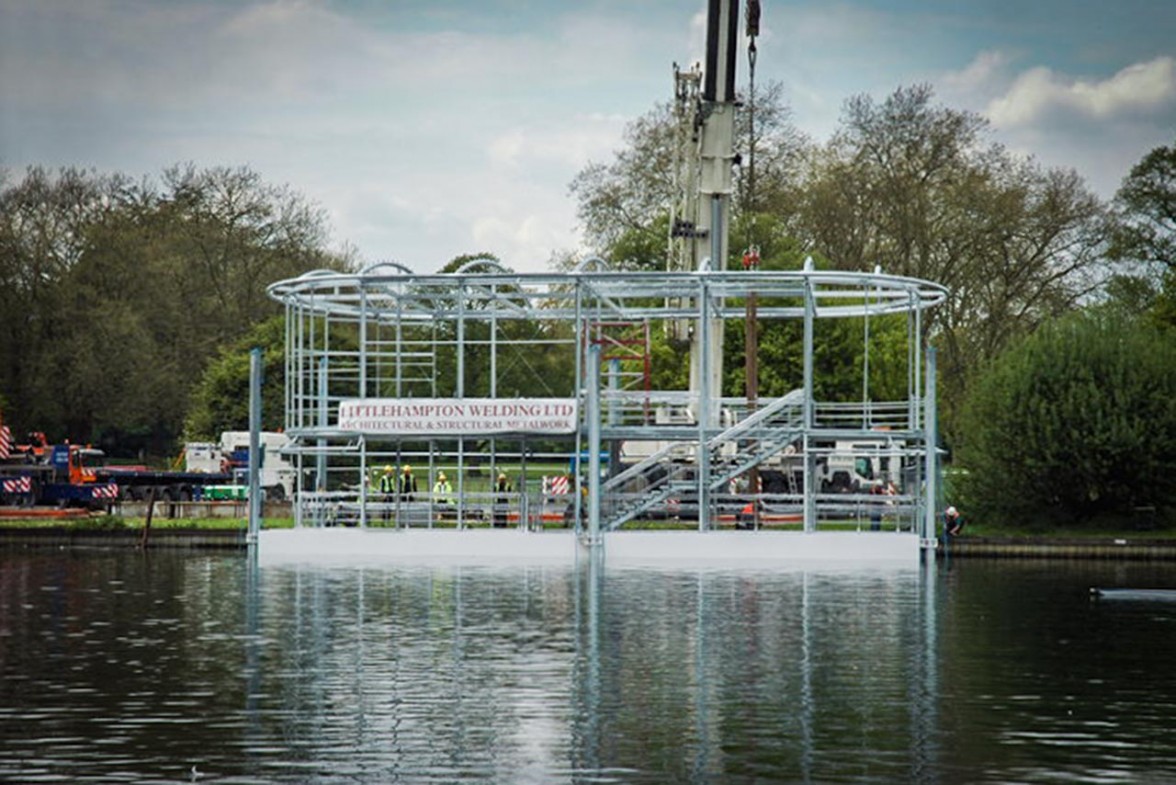 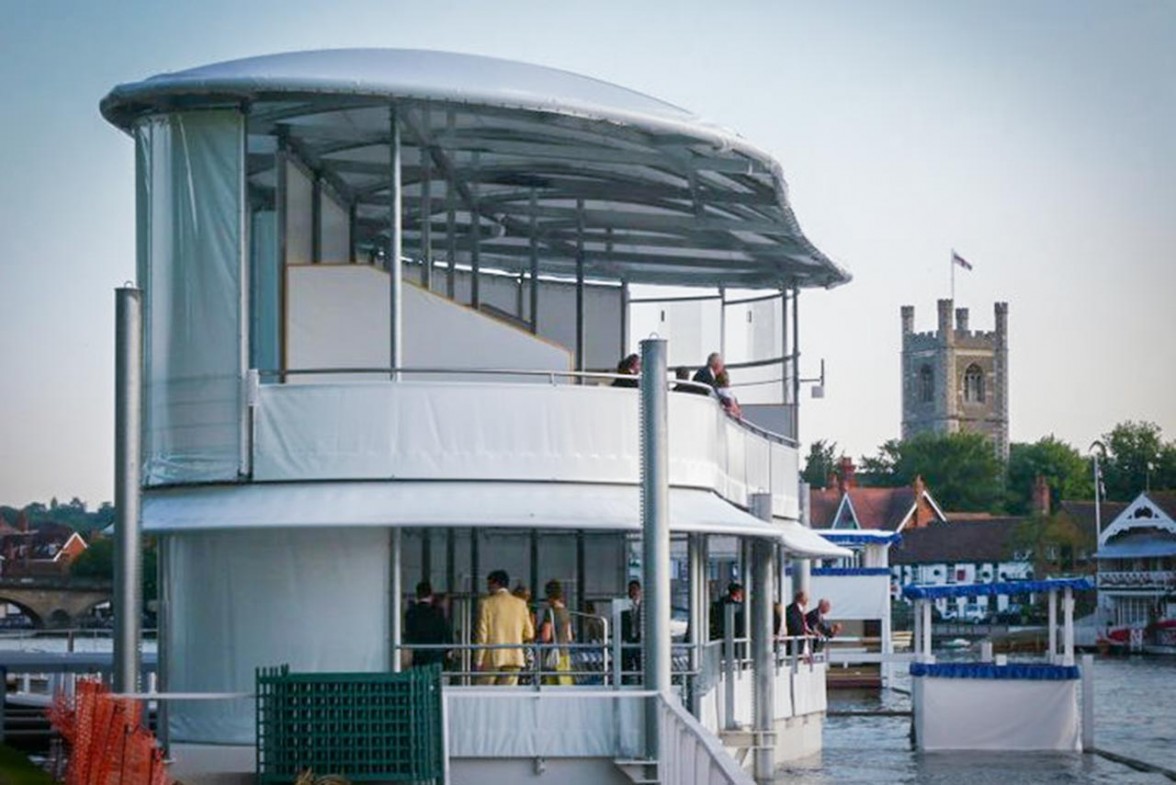