Gas Holder No.8 sits amid a busy high-rise residential area at the heart of London’s Kings Cross. The old Gas Holder frame has been developed into a park and event space, designed by Bell Phillips Architects. It keeps its original structure, backed by the quiet waters of the local canal side and nature park, providing a tranquil environment to escape to.

This Grade II listed structure has been a part of Kings Cross for over 150 years. Gasholder No.8 is the largest of several holders constructed in the 1850s for the largest gas works in London, Pancras Gasworks. It was in use until the late 20th Century before being decommissioned in 2000.

The original frame was constructed in two tiers, with a total of 16 cylindrical cast iron columns and two levels of wrought iron girders. The frame stands 25 metres high and has an internal diameter of over 35 metres.

For this project Littlehampton Welding Ltd supplied and installed the stainless steel canopy finished with a mirror and satin polish. They also fabricated the handrails, seating, and light fittings situated throughout the site. A total of 56 inner columns, 97 outer columns and 16 roof panels were fabricated and joined together with stainless steel splice plates chamfered at the joining edges.

This beautifully designed and engineered canopy provides shade and seating whilst creating a visual contrast against it’s surroundings. 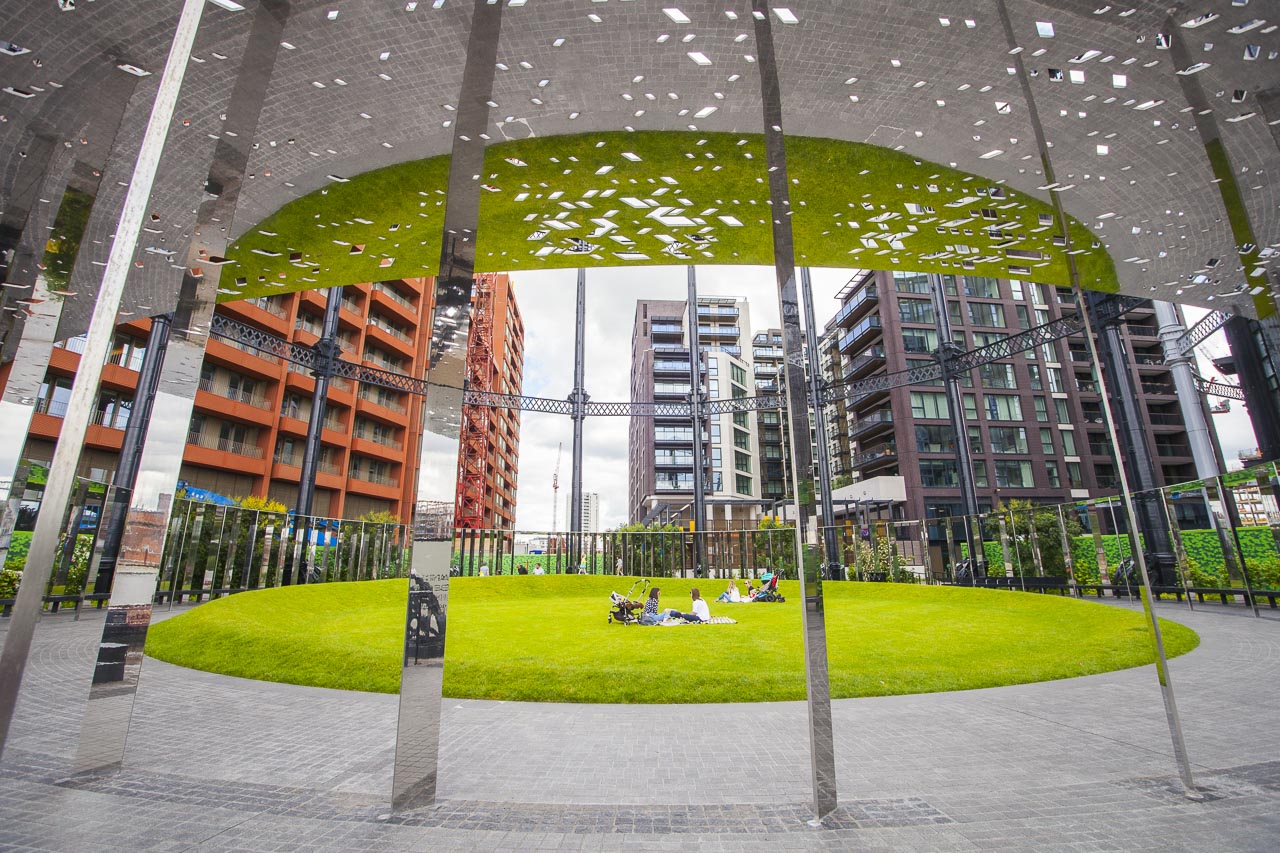 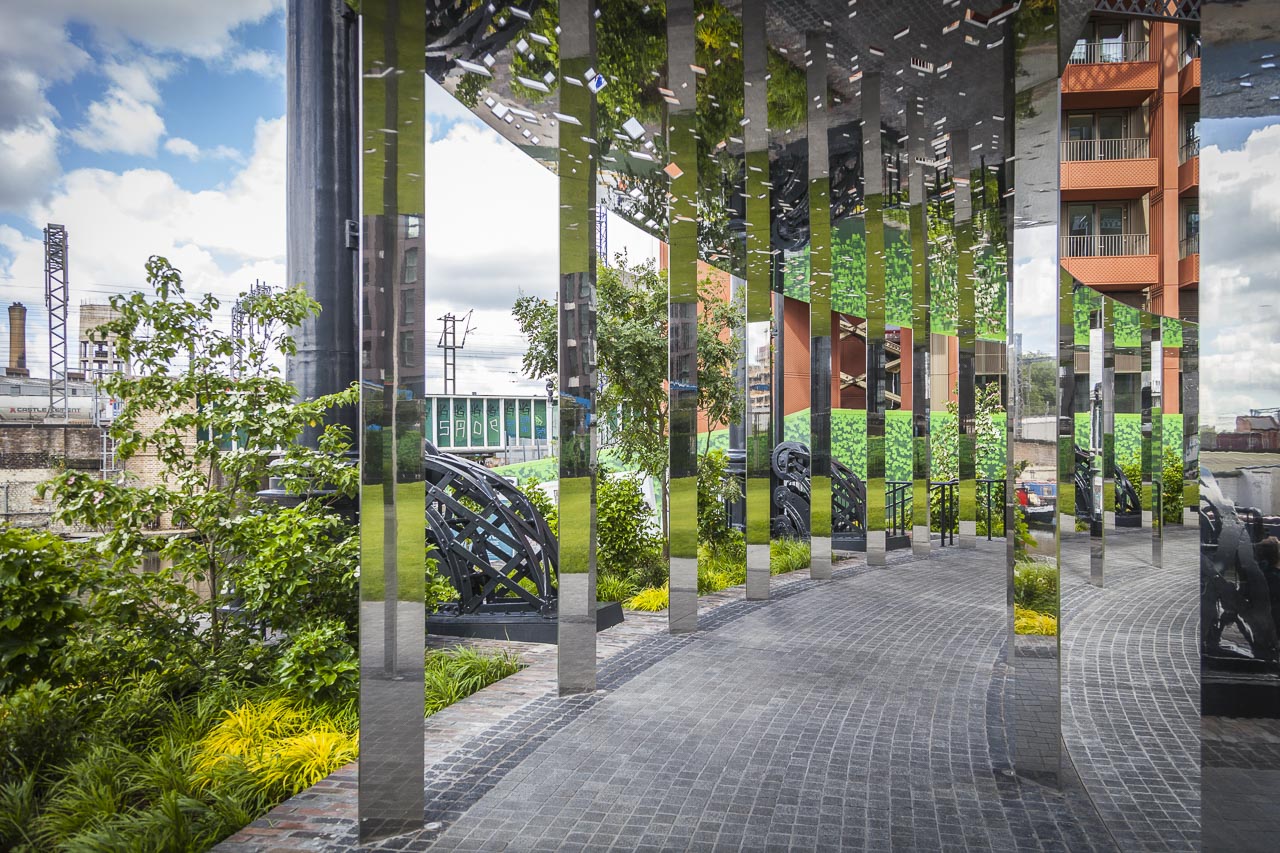 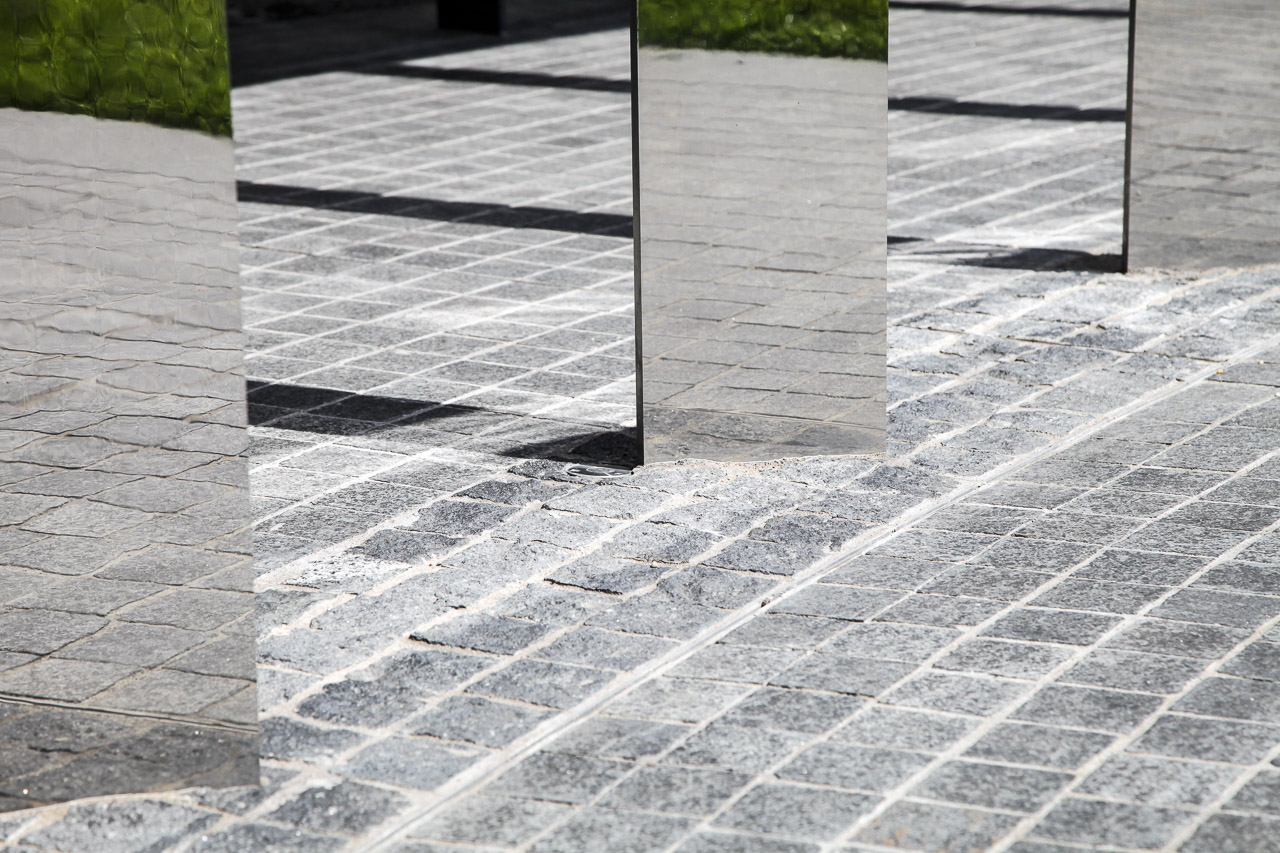 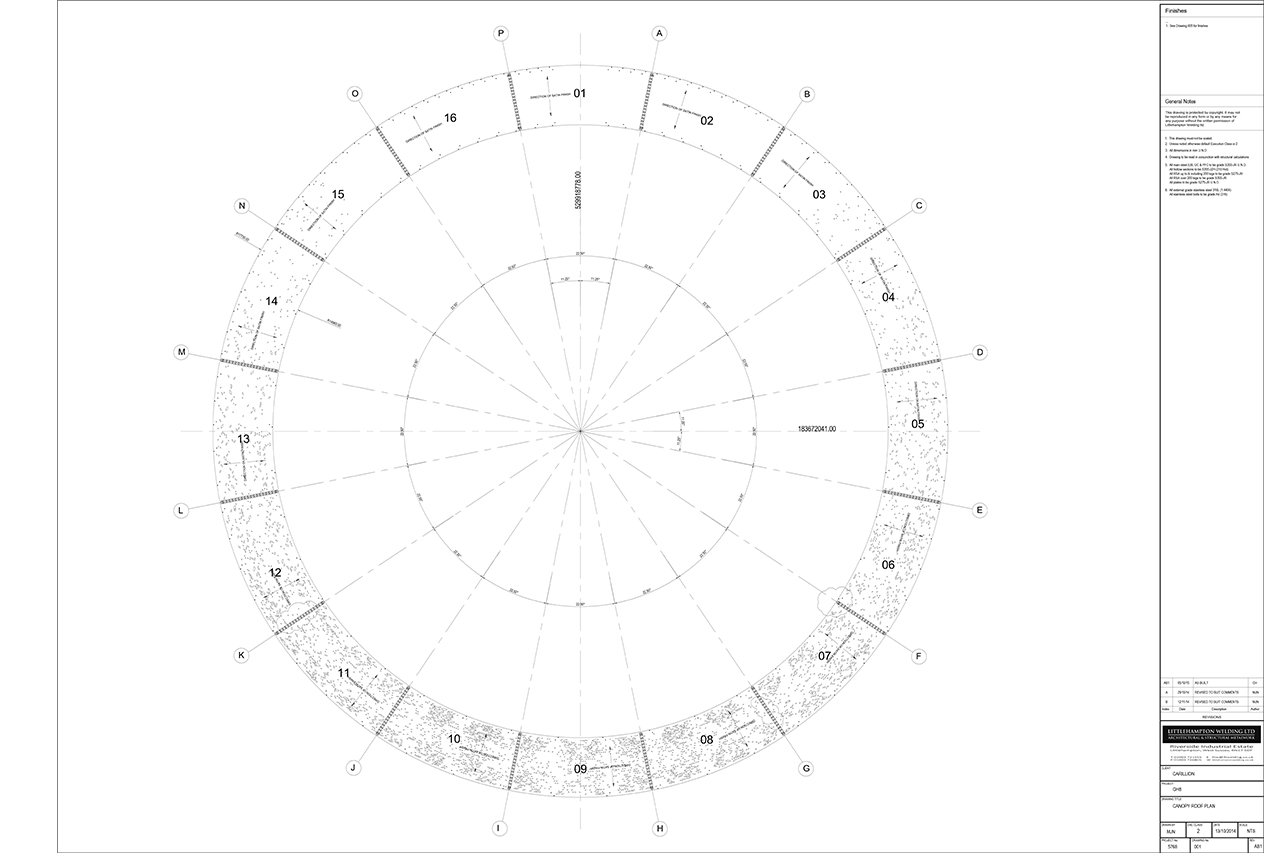 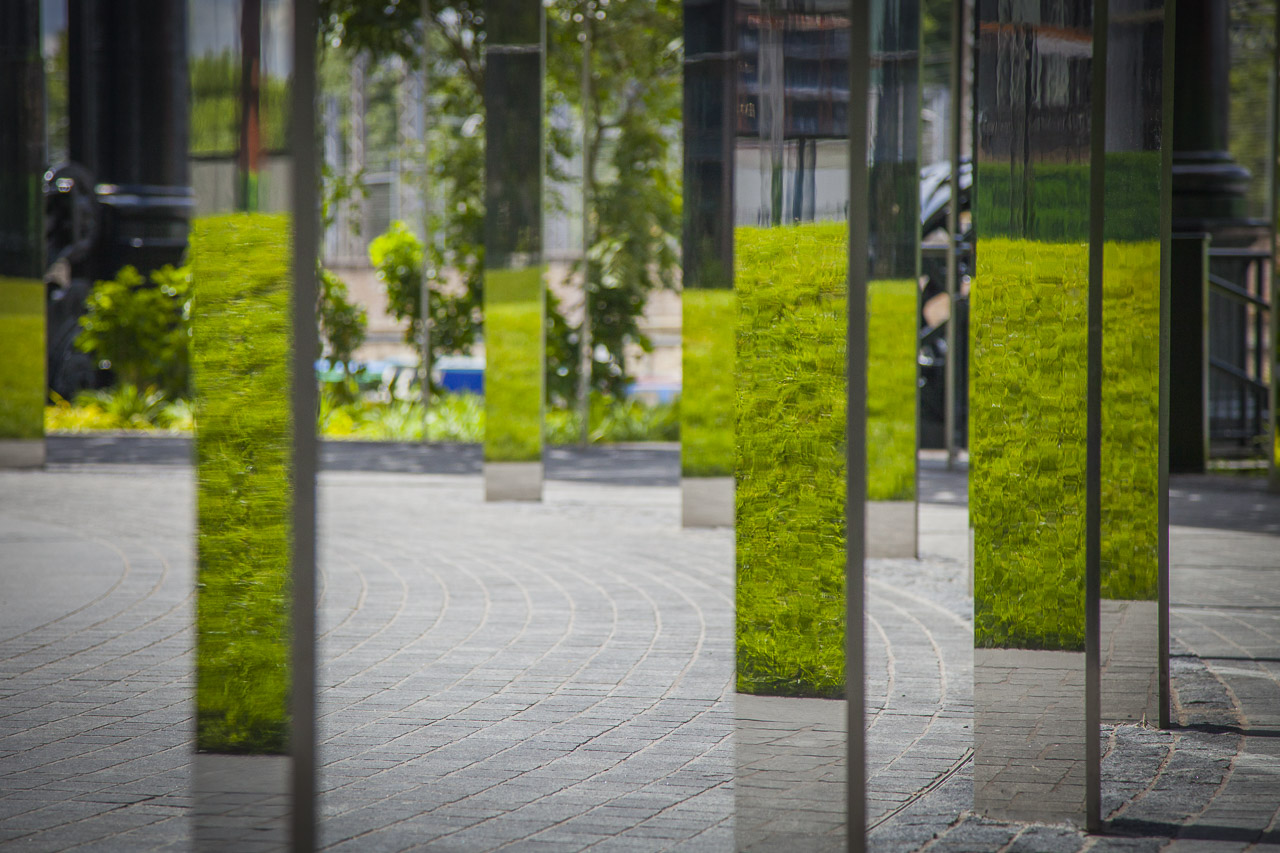 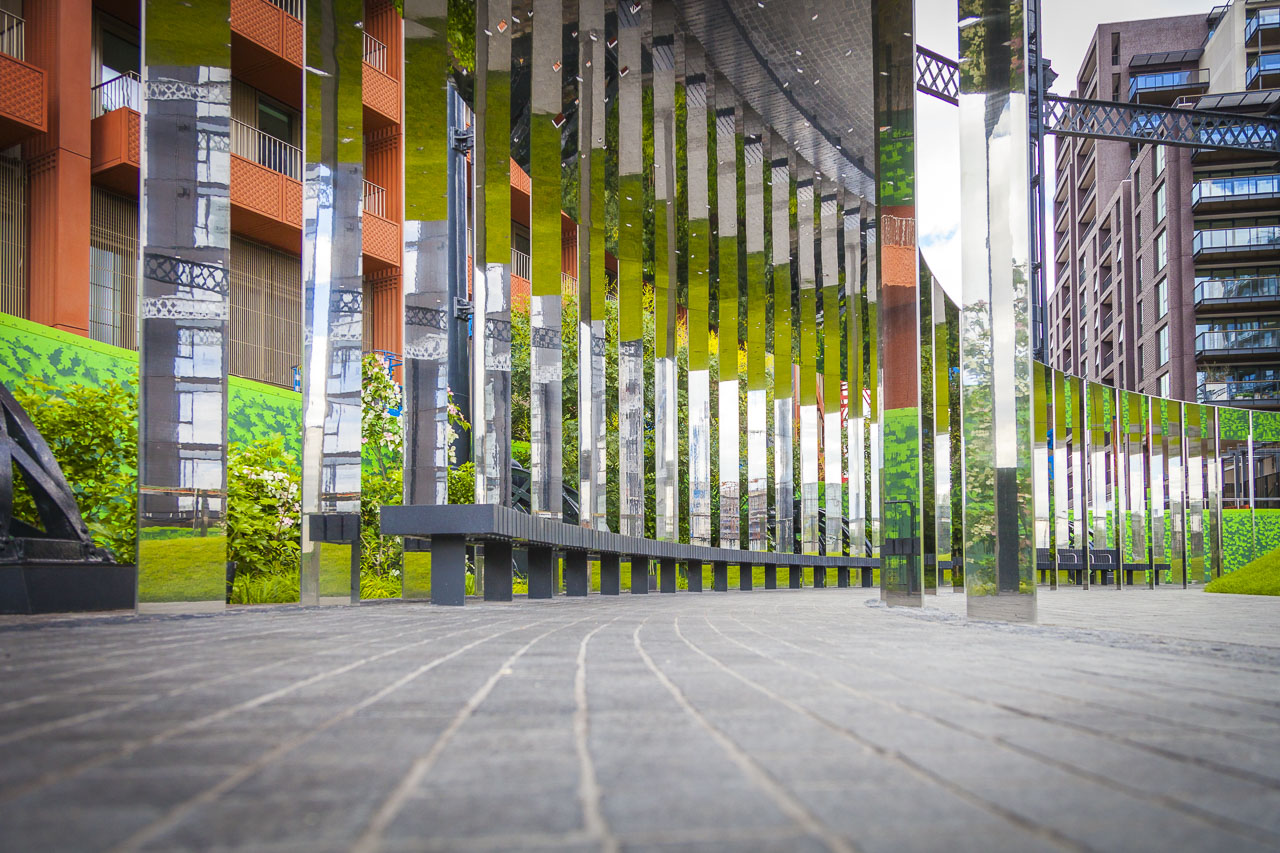 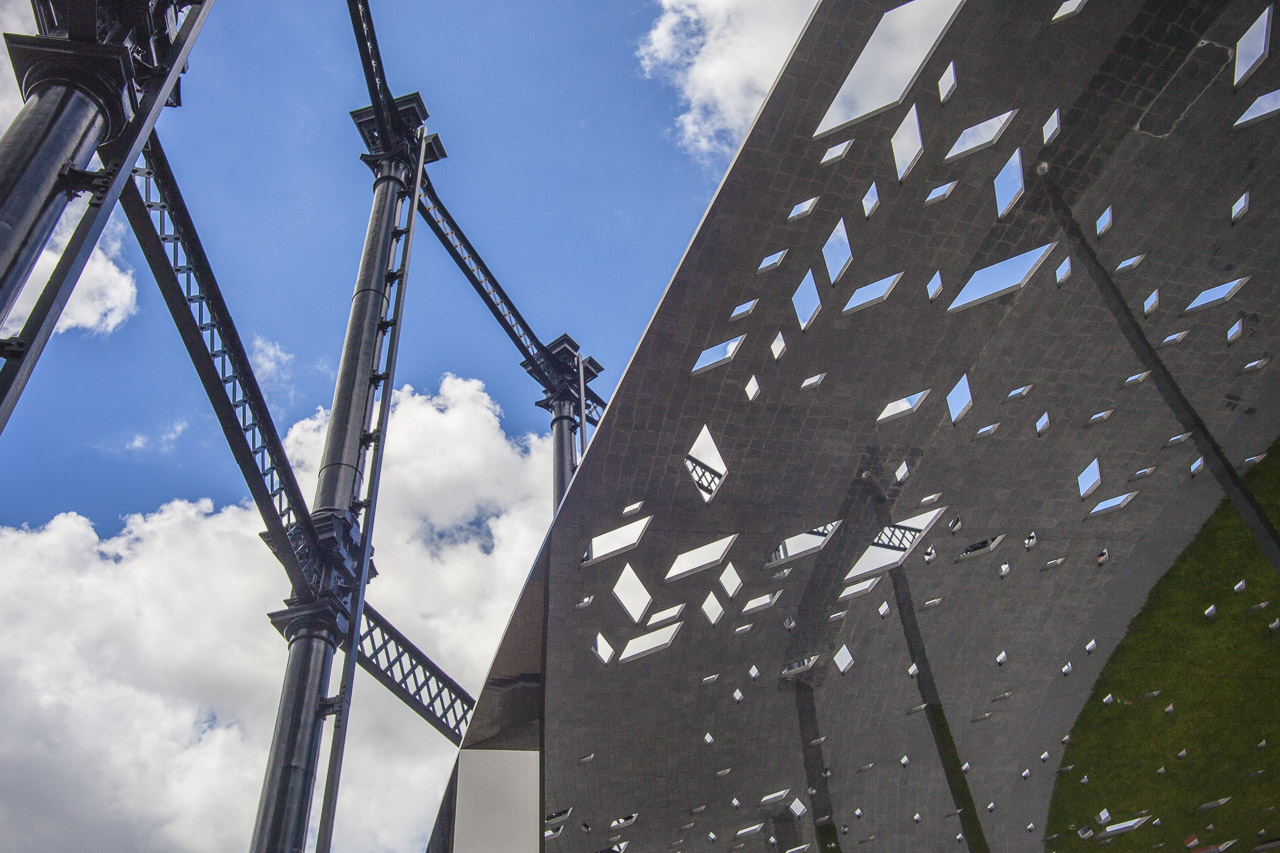 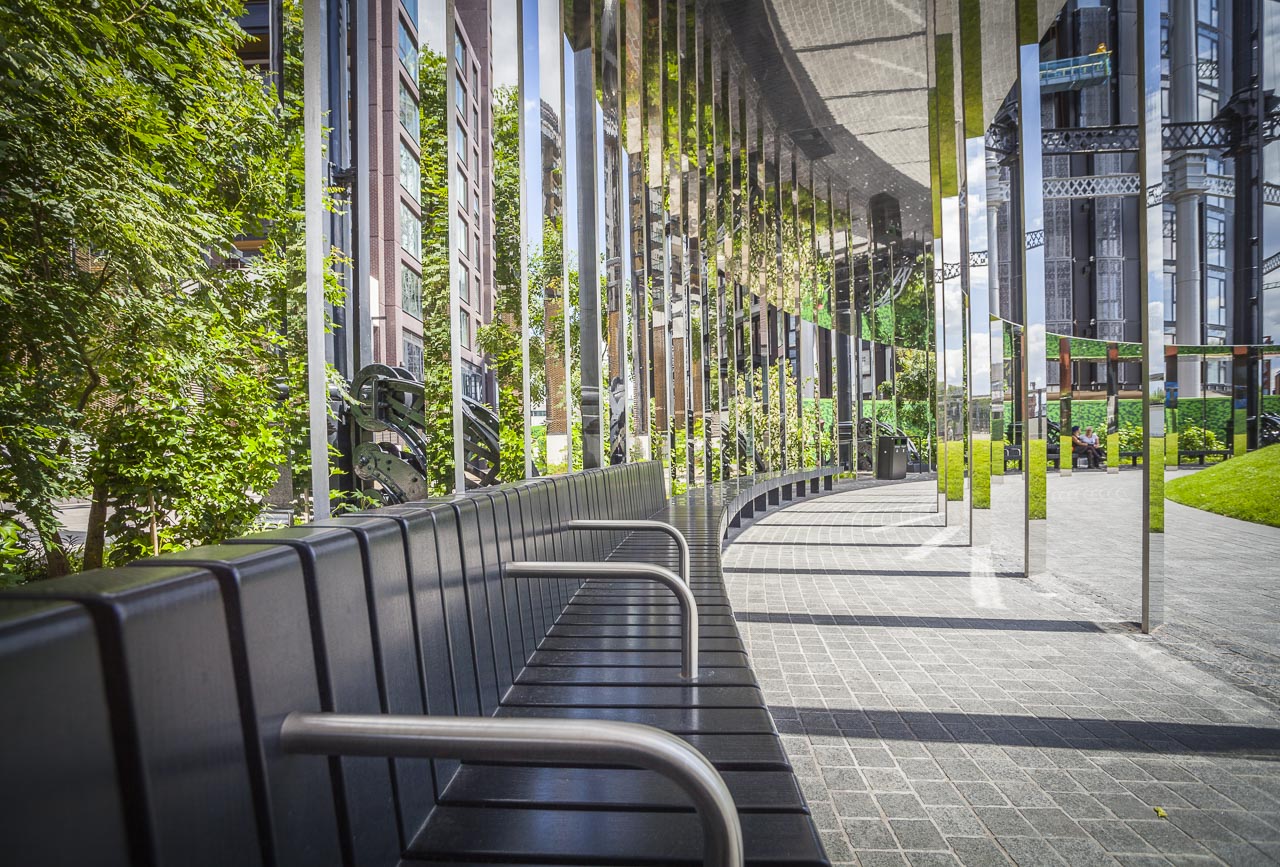 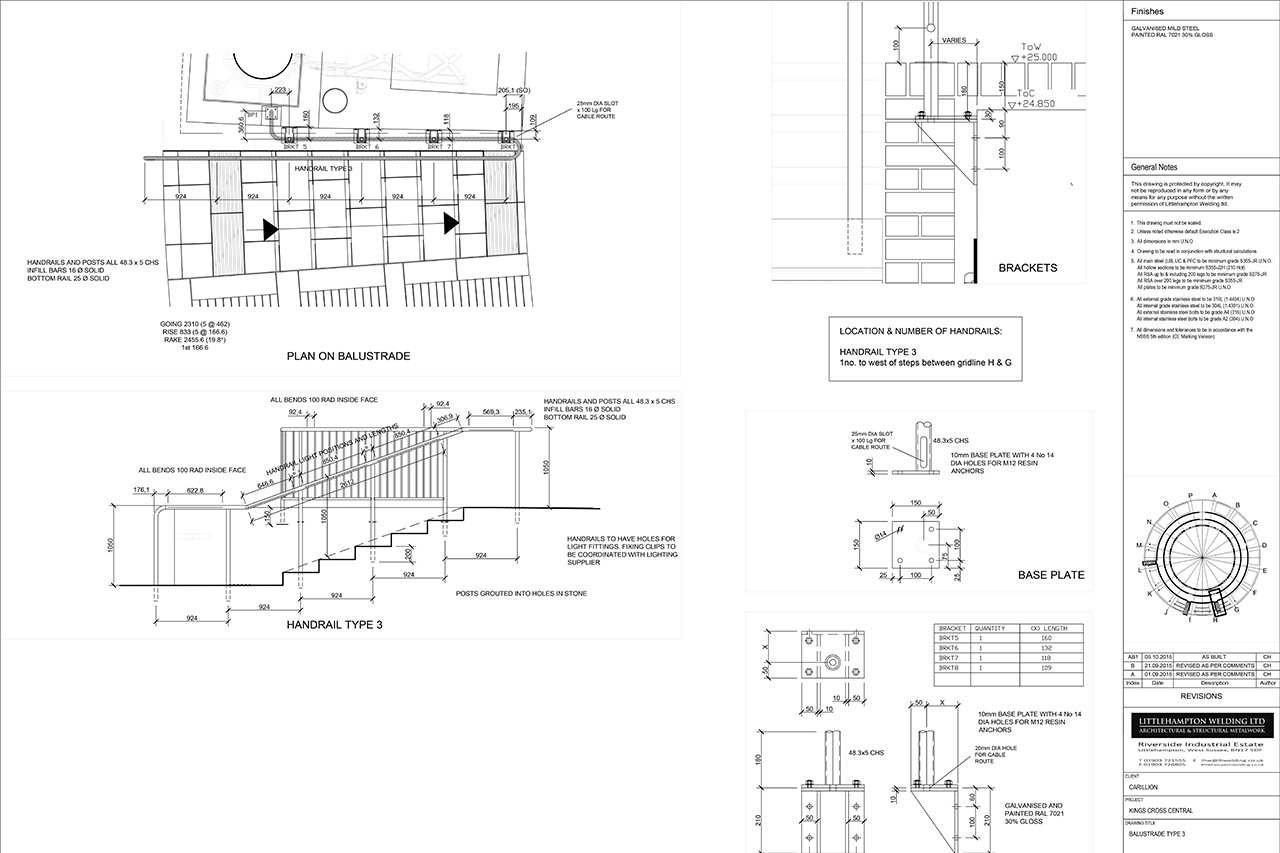 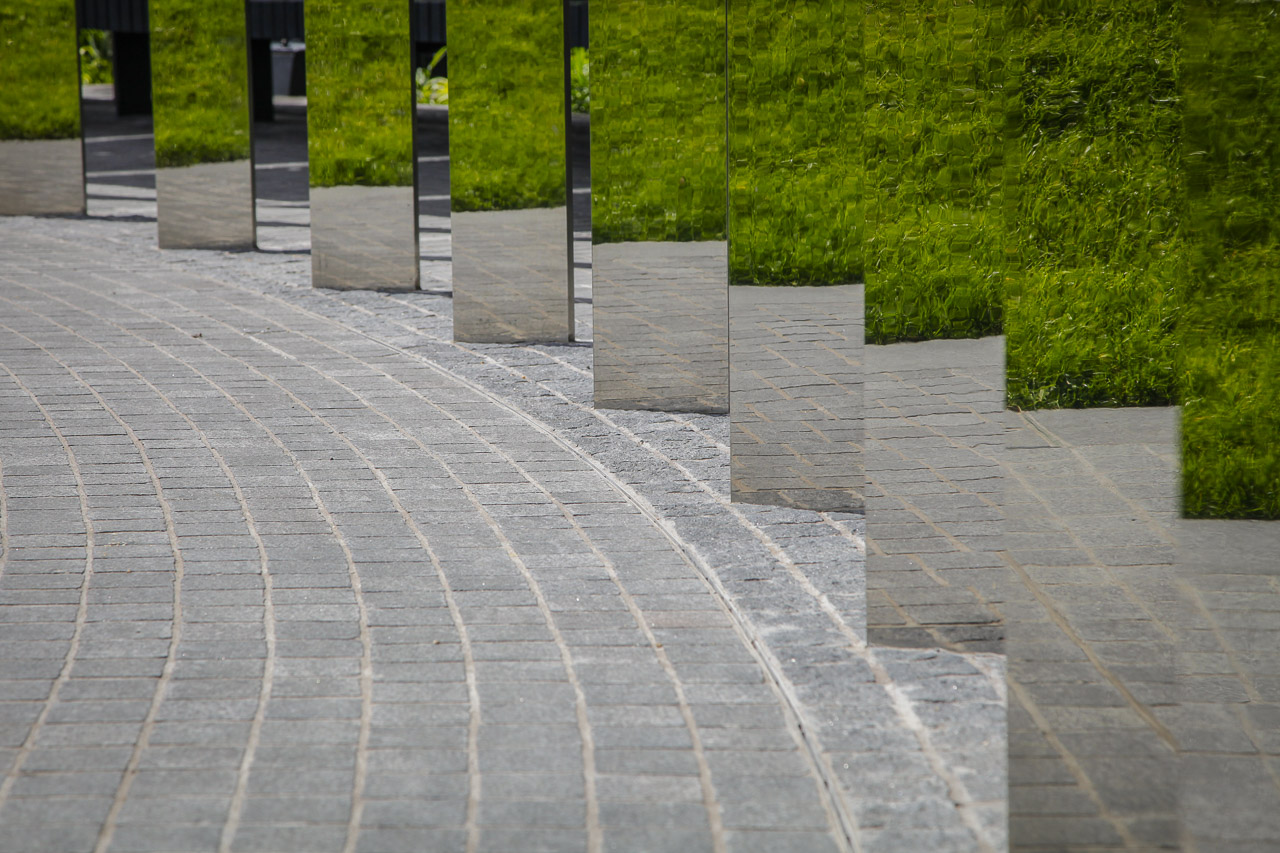 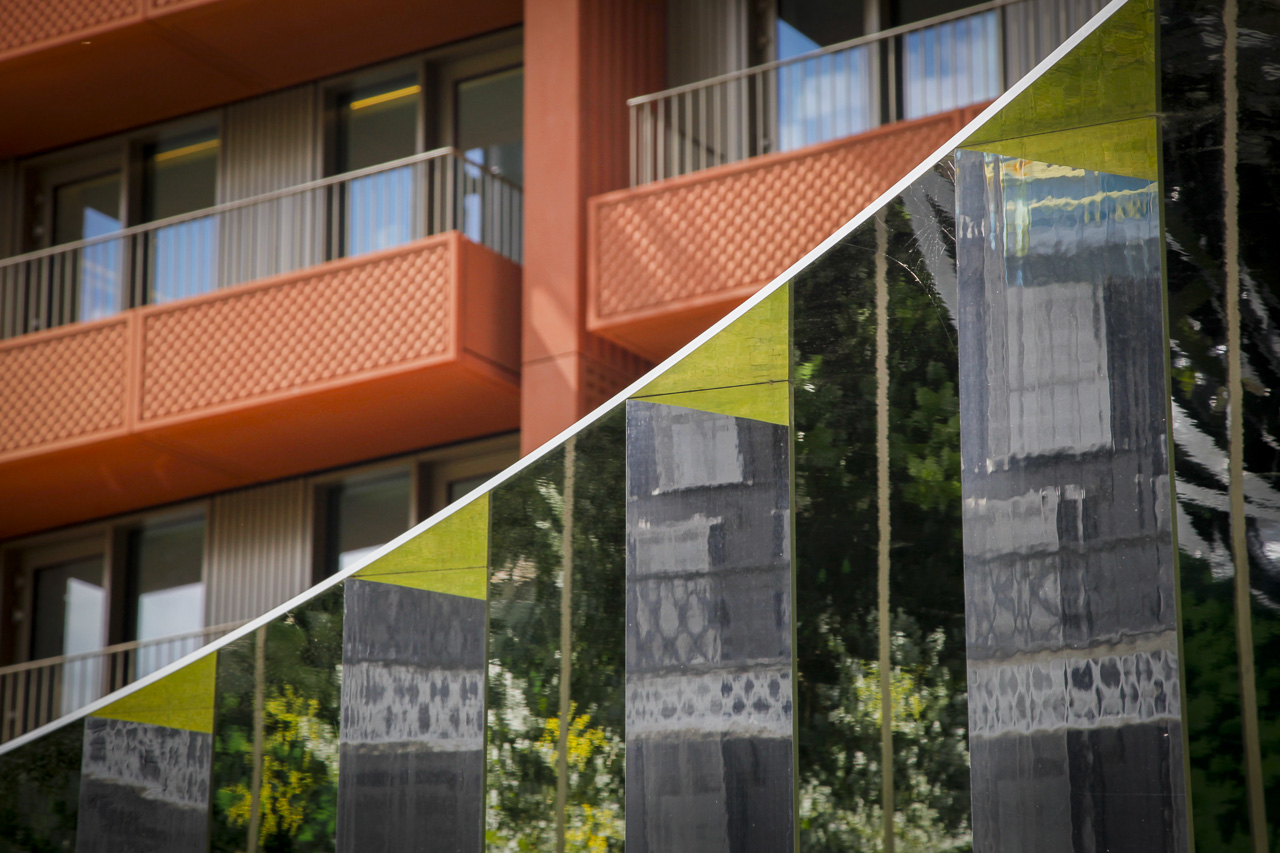 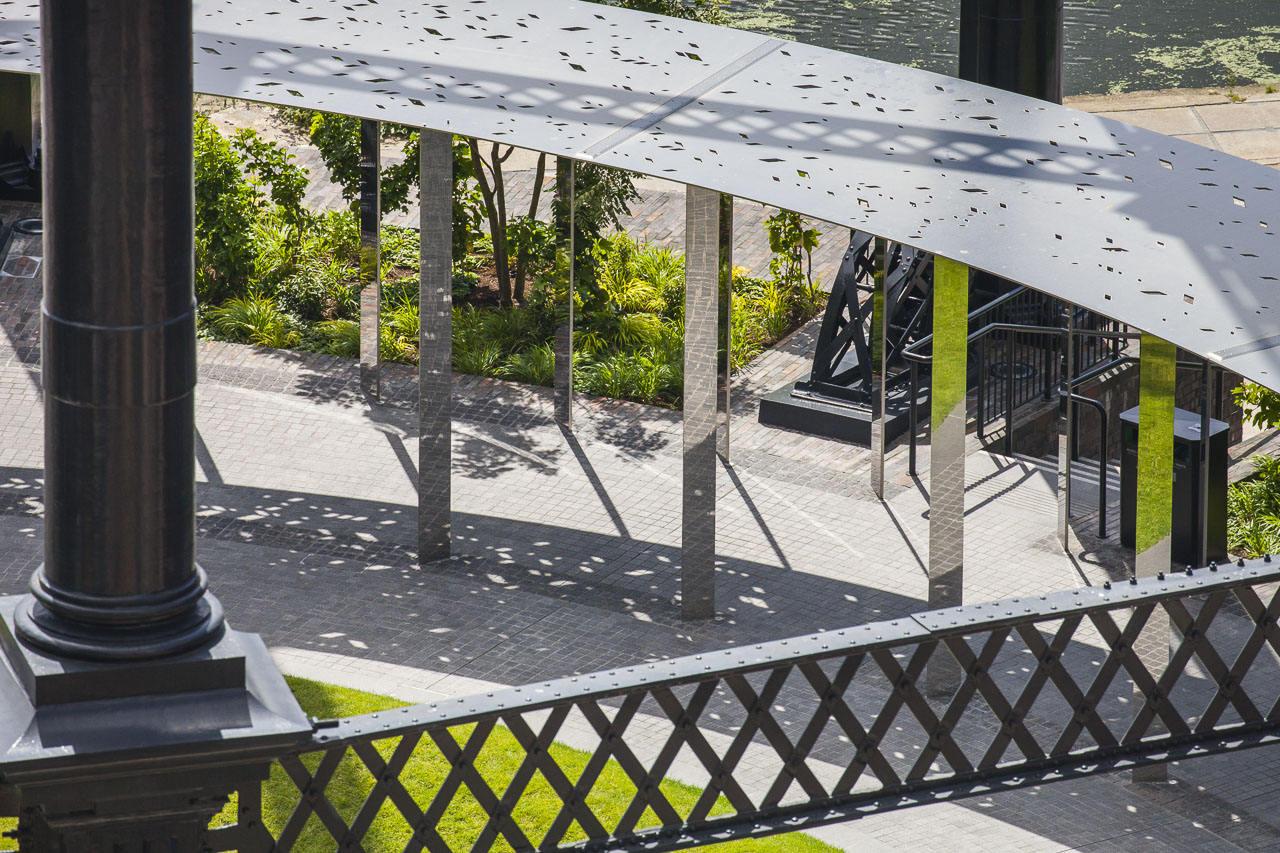 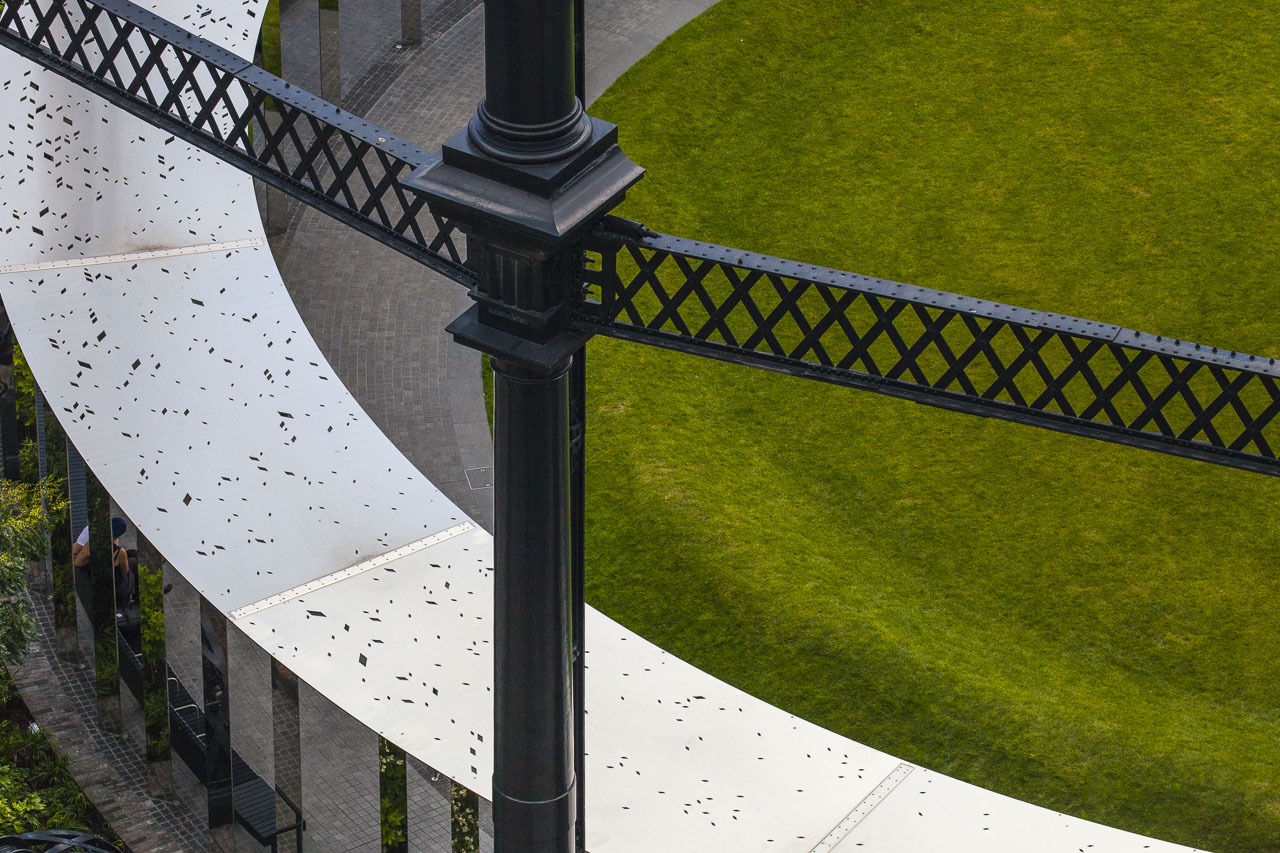 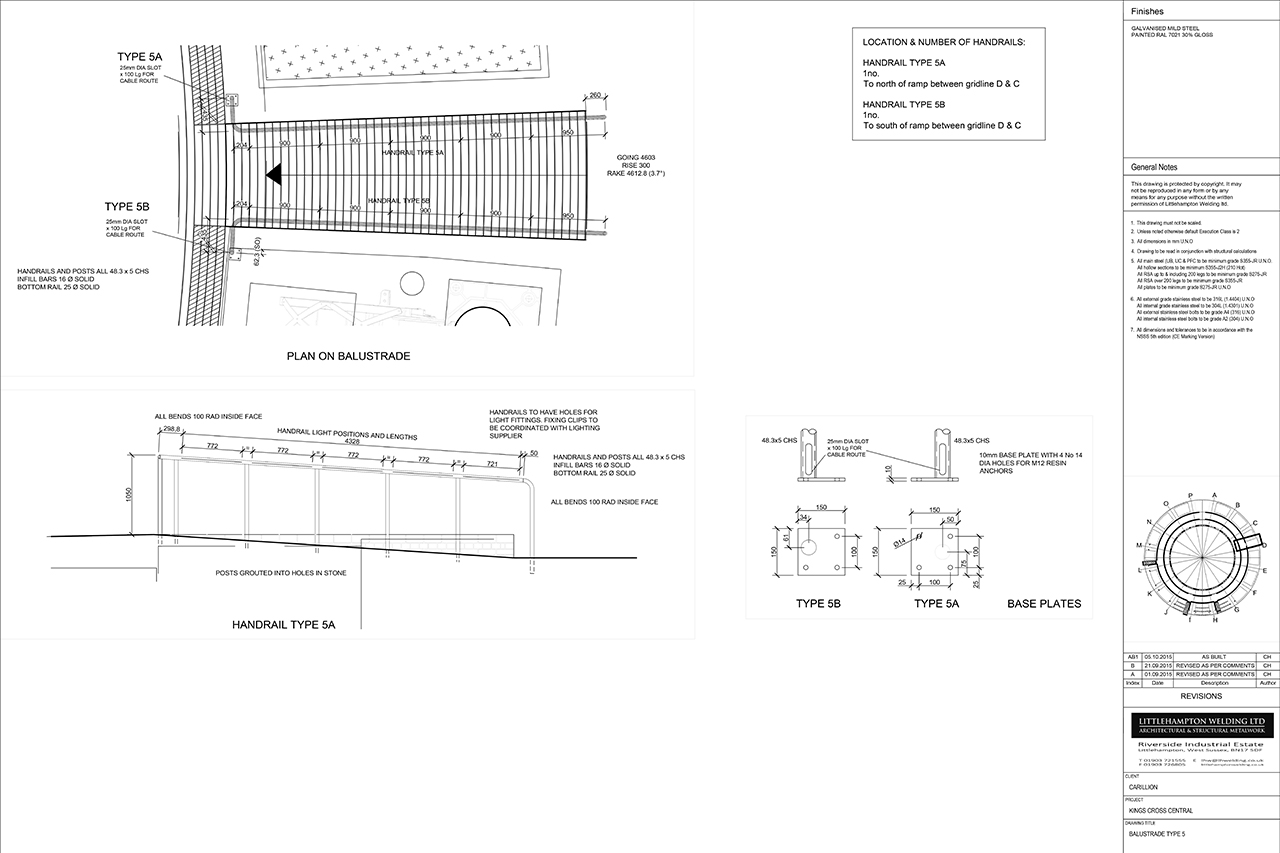 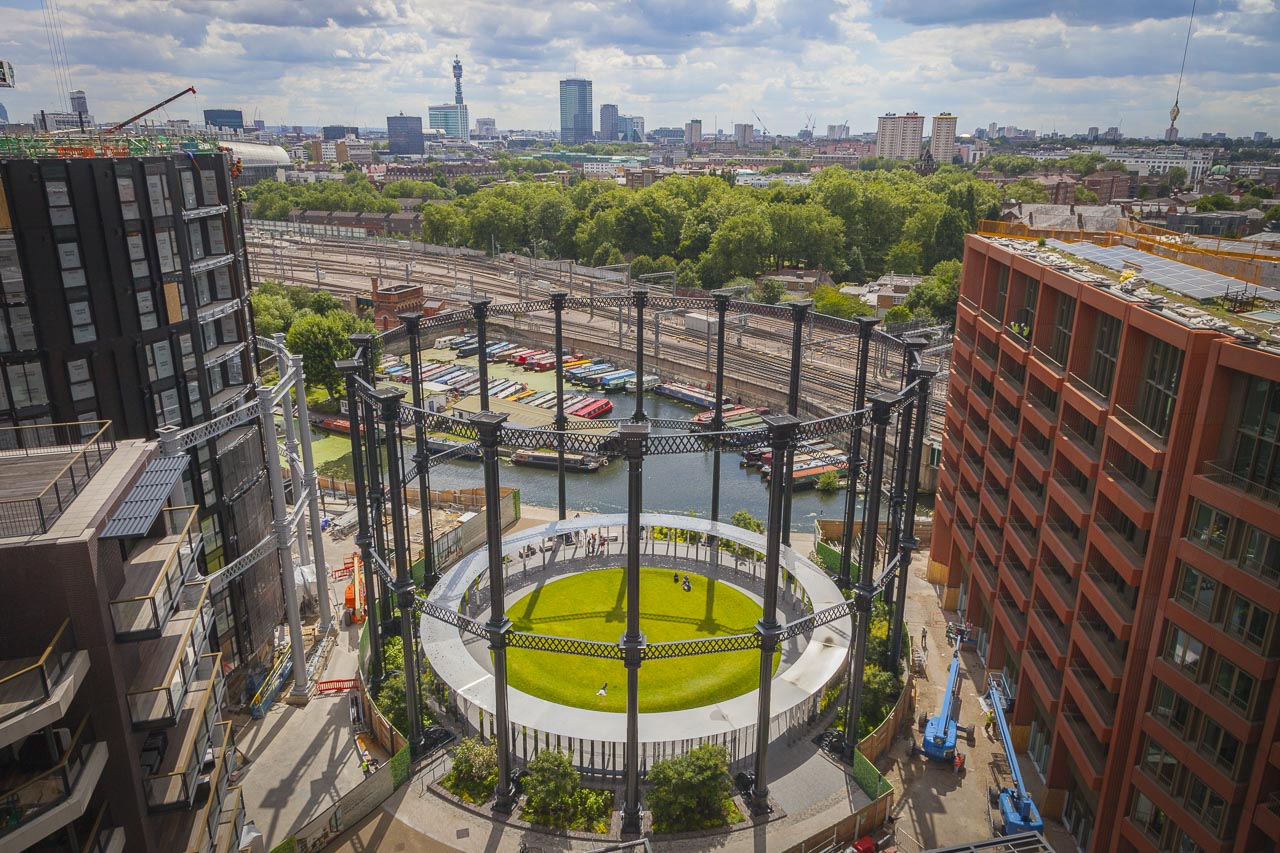