The restored Portable Airship Hanger is the centrepiece of the new business park that now occupies the former Farnborough Airfield site. The original hangar dates back to before the First World War and was designed for lightness so that it could be taken down and relocated with relative ease.

Some time after the war the hangar was completely dismantled and the lattice steelwork was cannibalized to be incorporated into nearby buildings. Much of this original structure was later salvaged for the restoration; although one arch was entirely missing. To replicate this the missing sections had to be sourced from the USA and the Netherlands as they are no longer fabricated to imperial dimensions in this country.

To reconstruct the arches a cruciform design was used for the plate where four tension members come together and the now rarely used hot riveting technique was employed. The original purlins had a tapered profile and were probably made of hollow timber. The new purlins are 1.43m in length and are made of 4mm steel sections of a diminishing cone giving a curved appearance. These were butt welded together so that no joints are visible. The old lead based paint was removed from the salvaged pieces and the restored structure sprayed with zinc based paints that closely replicated the original colours.

The 260-foot long hangar is made up of 112 riveted lattice frames, each weighing half a ton, and bolted together to form the 70ft high structure. It is braced using 400 galvanised M20 tendons and 184 6mm diameter stainless steel cable systems 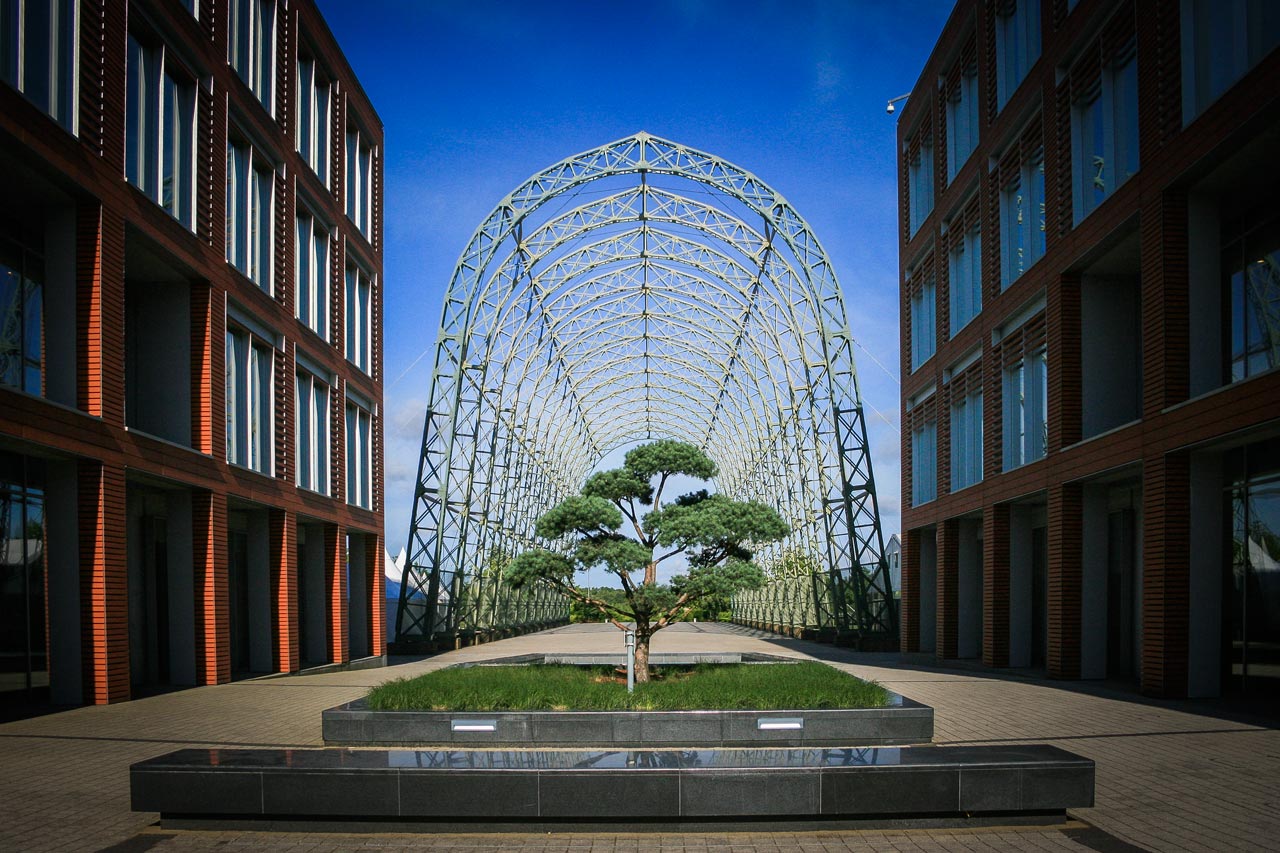 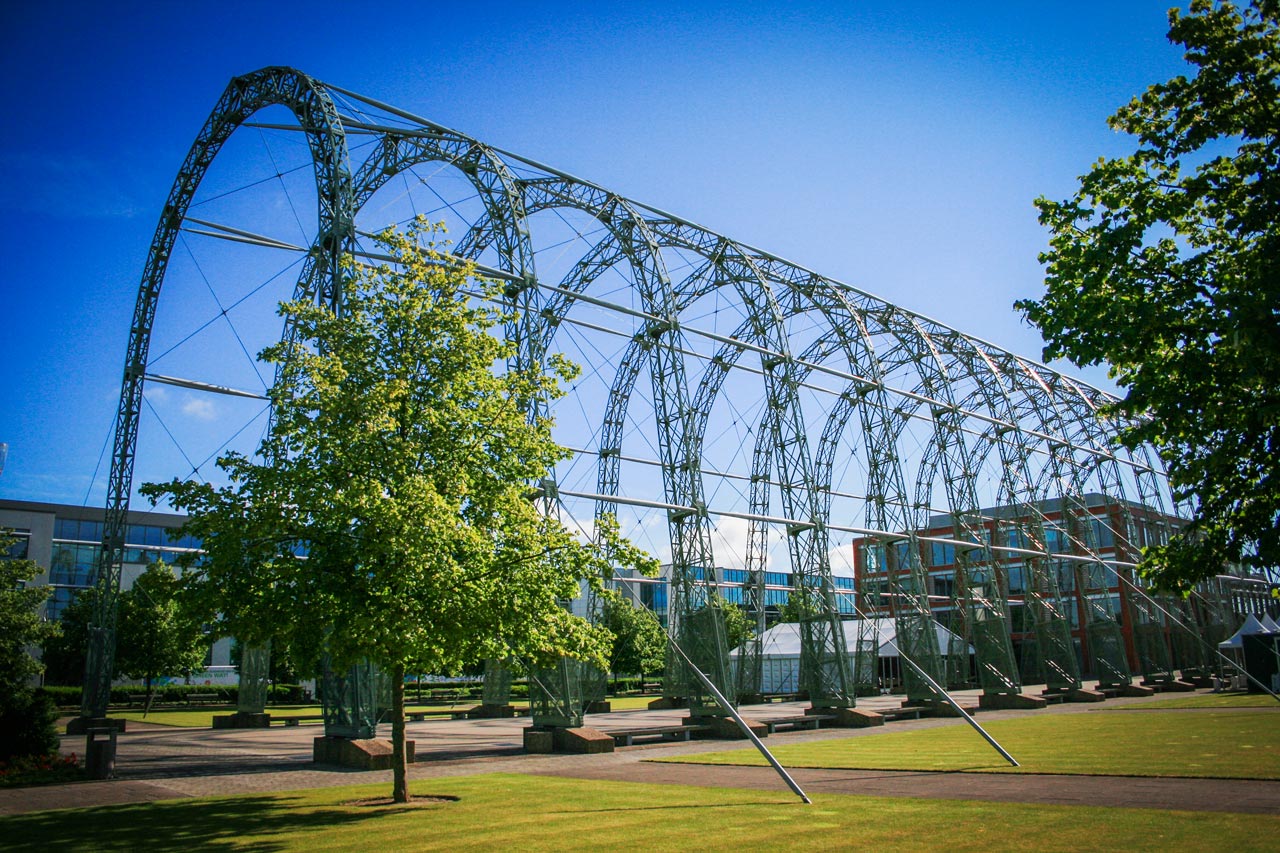 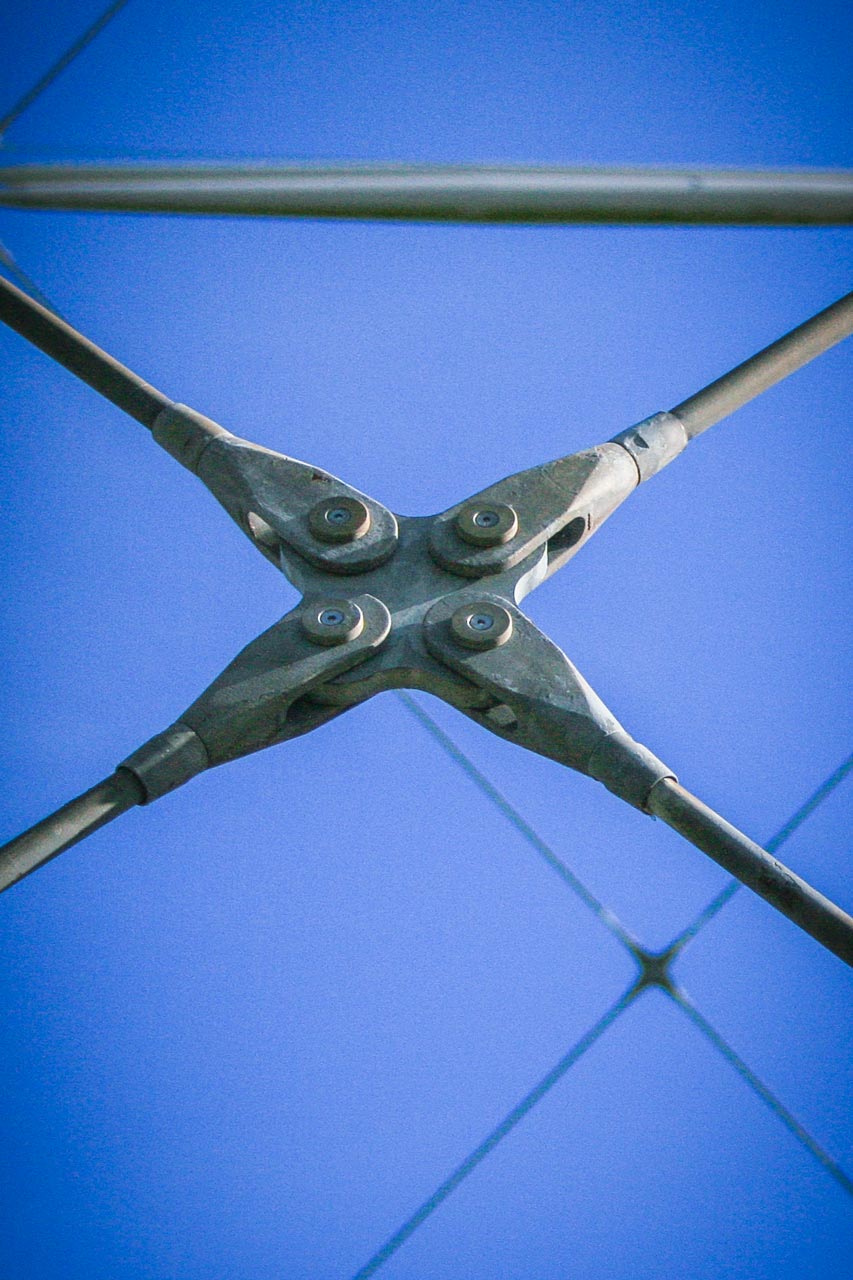 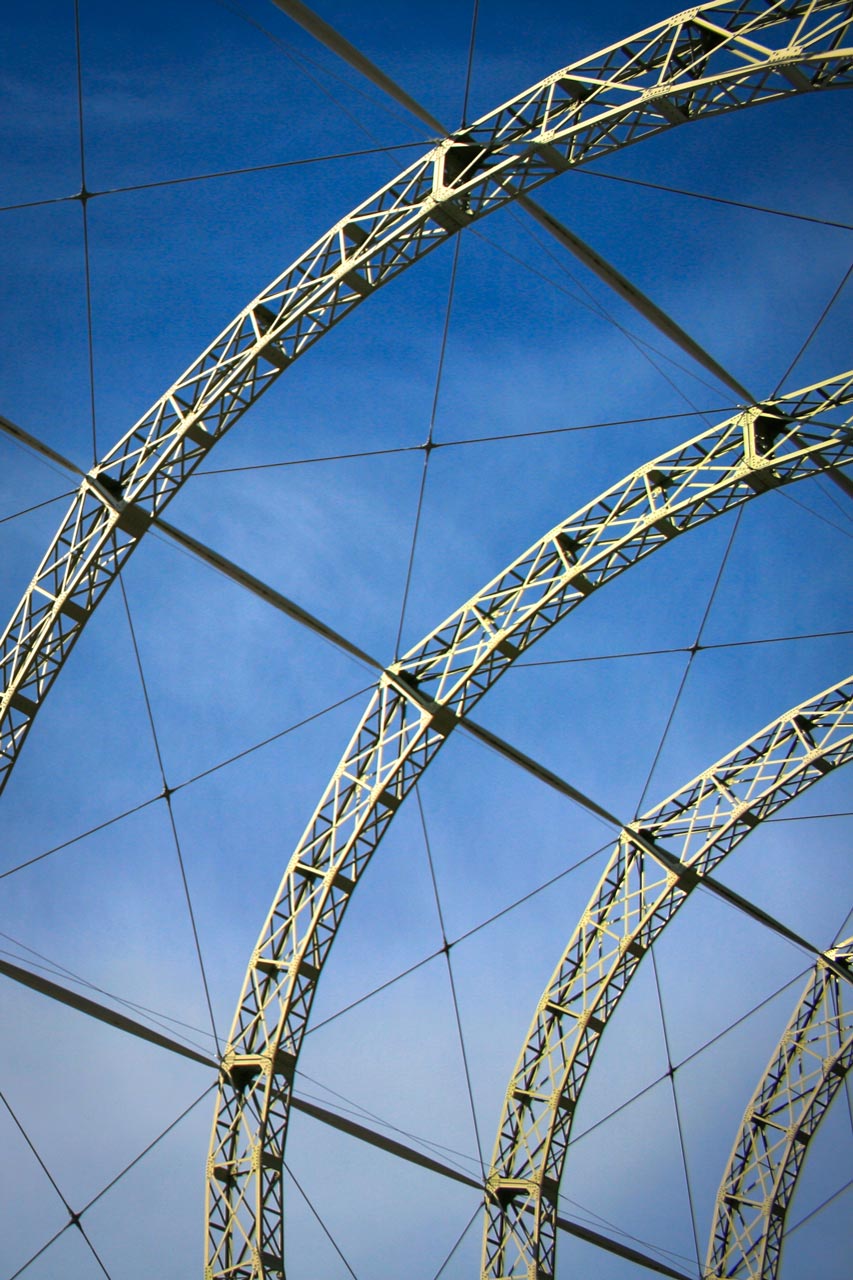 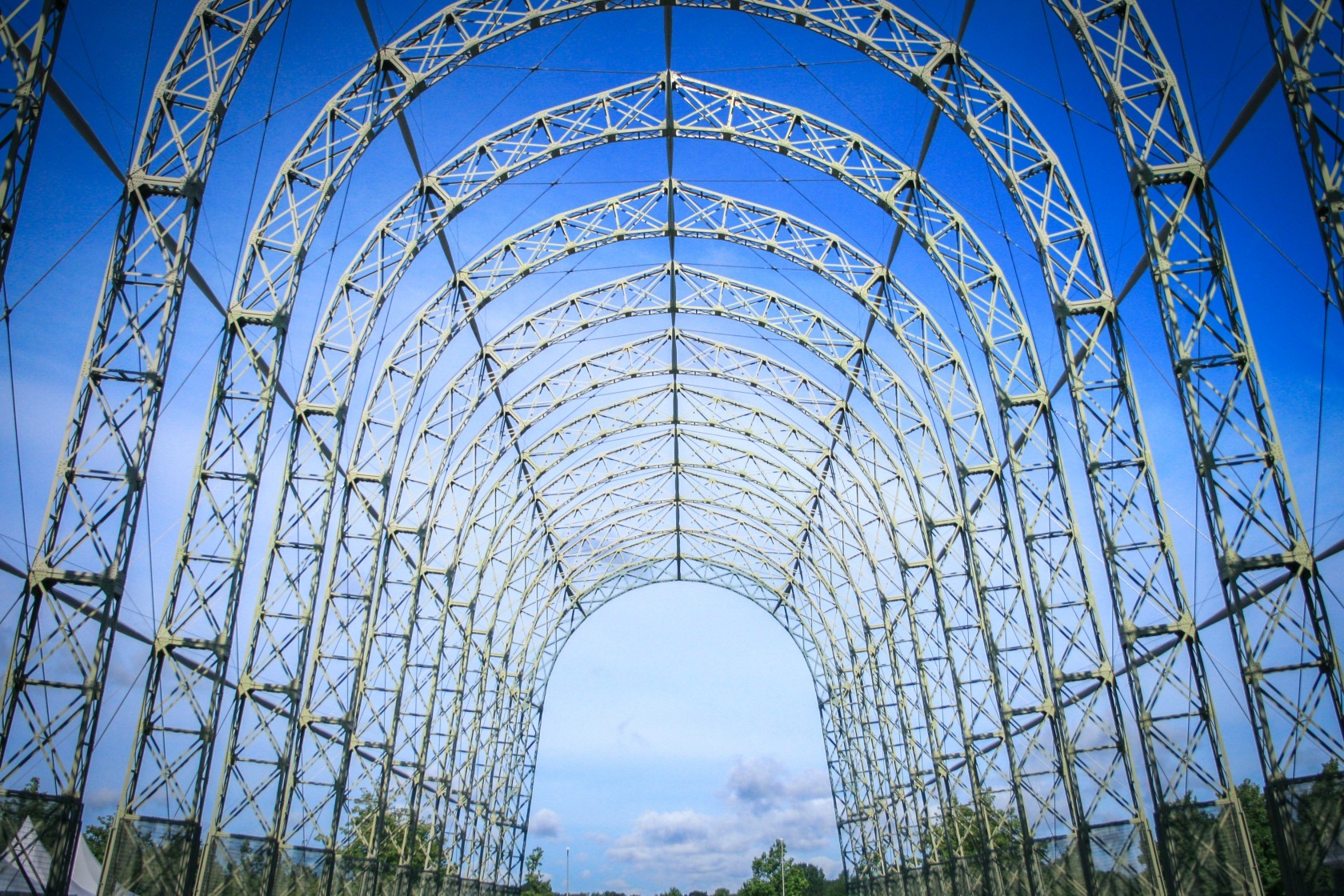